It’s been a few weeks since our worst Premier League season in 20 years finally finished – and I don’t know about you, but I can’t wait for the new one to start.

It doesn’t matter how “bad” it was, I just love the Premier League!

But, then again, how bad was it really? I mean, yes, Arsenal’s final position really stinks and it’s not something we’re used to (spoiled children, all of us), but if you look at the numbers and stats – our lads didn’t do half as bad as you’d think.

We started the season with a terrible defeat to Liverpool at home which came back to haunt us at the end of the season when we would have killed to have signed Mustafi two weeks earlier to stop the four goals put behind Cech.

We then had a stunning unbeaten run that went on for 19 games across all competitions, and helped lift us to second place in the league – something that often gets omitted from season reviews.

We actually spent the most rounds in our favourite 4th spot, and dropped to 6th and 5th only after that weird run in February and March. That’s when we collected only four points out of a possible 18 and made me write a Wenger Out-type of post. Shocking stuff.

Our players did well – especially Alexis and Koscielny, who top most of the stat charts for attack and defence respectively. It’s odd not to see Mesut Özil on top for assists or number of passes, I have to admit!

I tried to accumulate as many stats in the infographic below, and, as per usual, focused on the good more than the bad (although I do mention bad stuff as well!). The infograph design is a bit different and I hope you like it – just make sure you open the full size so you don’t struggle with font size.

About next season, we’re continuing with the same stuff – monthly fixture wallpapers will be back, and there will be a printable fixture list available for download as soon as the fixtures are out. 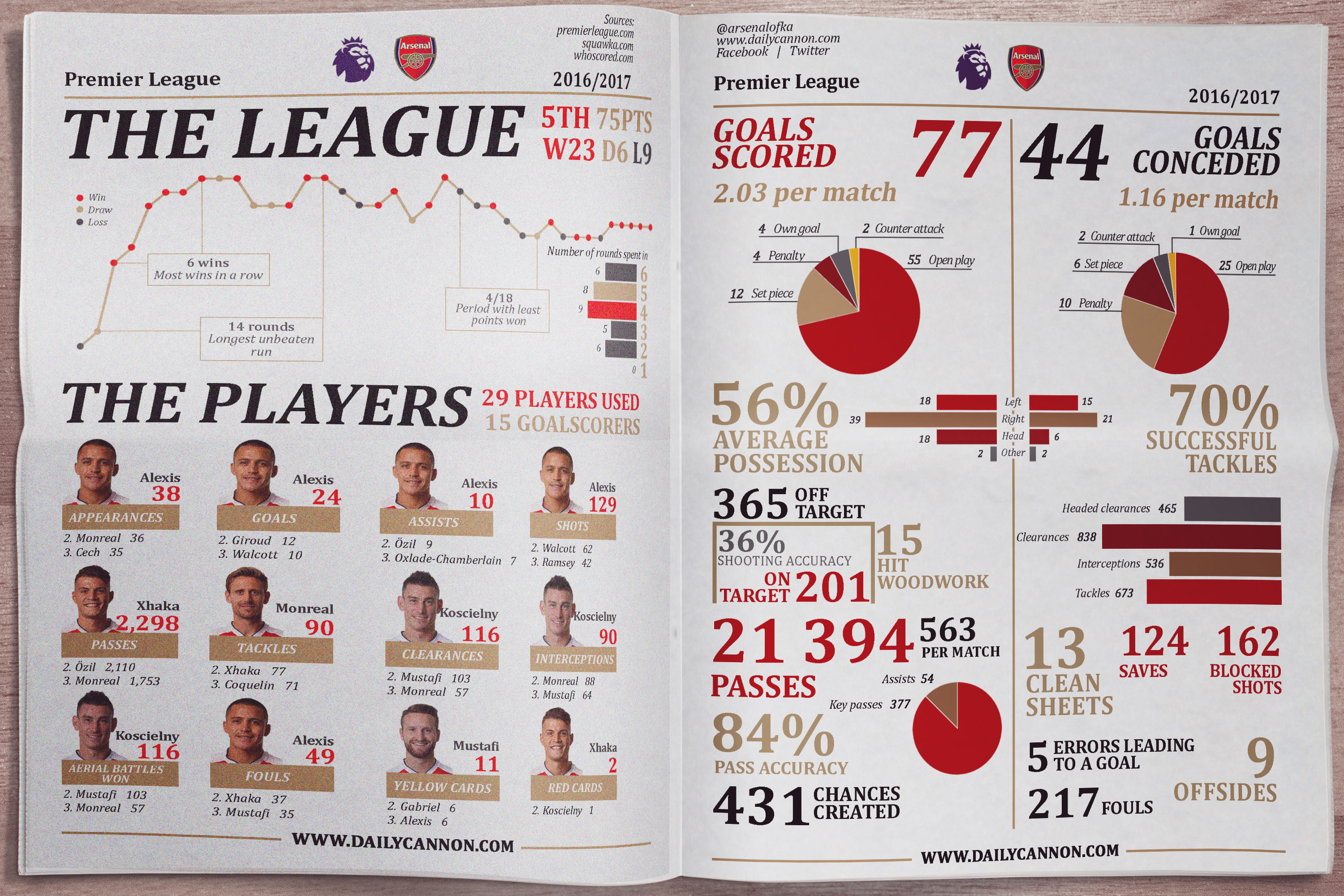