Hector Bellerin and Serge Gnabry have both wished each other luck ahead of the u21’s Euro Final on Friday evening.

Former Arsenal teammates, Bellerin and Gnabry, are set to face each other in the UEFA European u21 Championship final on Friday night with Spain and Germany.

Both have featured for the respective teams during the tournament and the final clash is set up to be pretty tasty.

Gnabry took to social media to wish Bellerin luck ahead of the game, posting a picture of the two when the winger was still at Arsenal.

In his caption, he revealed that he’s looking forward to facing his ‘bro’ in the match. 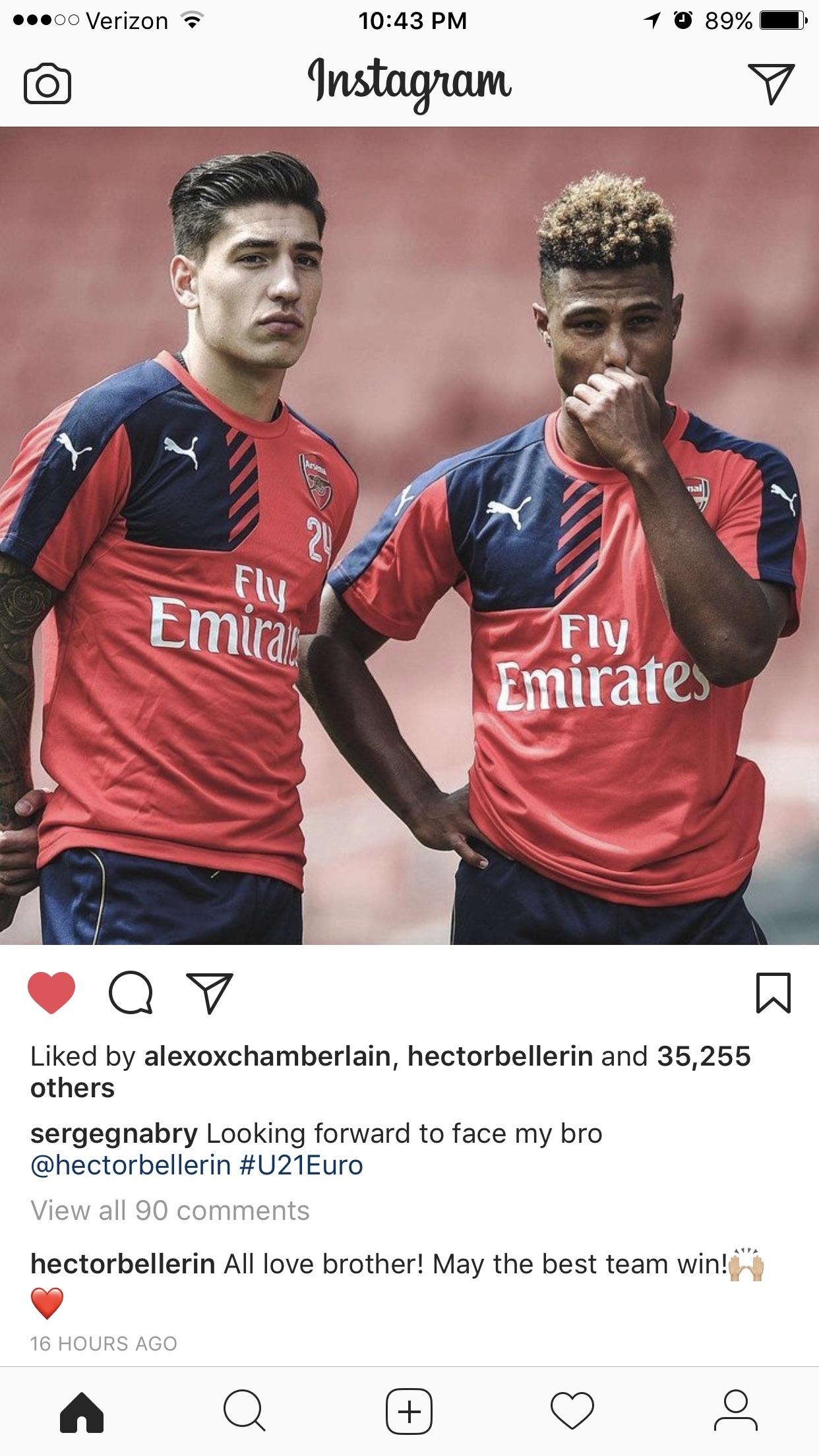 It didn’t take long for Bellerin, who’s been linked away with a move away from north London himself this summer, replied, sending his love.

Another Arsenal teenager receives Player of the Month nomination

Arsenal u18 and u23 match clarification amid England restrictions