It was always a matter of when, not if, with Alex Oxlade-Chamberlain.

The Ox has shown potential for years and while many always thought he’d come good, injuries or a change in position would hamper his progress.

This season, most fans, myself included, thought that this could well be the 23-year-old’s final chance to prove that Arsenal should extend his contract past 2018.

And boy did he.

A rejuvenated Ox went on to make 29 Premier League appearances this season – the most he’s made since his move from Southampton in 2011 – and 45 in all competitions.

A new role, for once, brought a fresh style to his game, which had always been there under the surface but could now flourish in the wing-back position.

Not only was he getting more game time during the latter stages of the season, but he was able to work to his strengths, running onto the ball rather than trying to pick up long, searching balls over the top.

His commanding presence down the flank, as well as his eagerness to adapt to another new position has proven exactly why he’s a quality player to have in the squad. 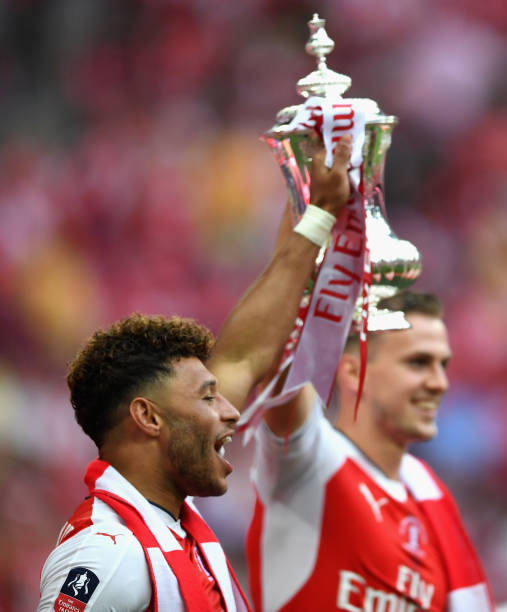 The Ox’s season wasn’t without its usual injury problems, although they weren’t as bad as previous seasons. In fact, he missed just five games with his hamstring problem in the campaign and these were towards the end.

Fortunately, he was fit and ready for the FA Cup final against Chelsea, in which he was brilliant, as were the rest of the team.

Last season, the England international created 19 chances in the league. This season, he created 31.

He’s improved in every sense, all while remaining a top professional at all times.

Hopefully he’ll stay at Arsenal for a long time.

Stats via Squawka and Transfermarkt.