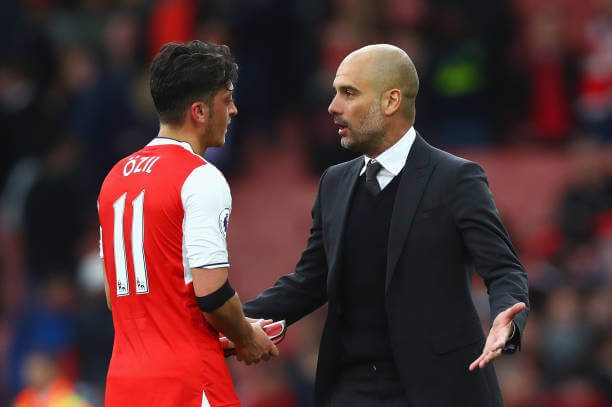 Arsenal’s defence was an absolute shambles at times against Manchester City.

A comedy of errors on the two allowed goals (and should have resulted in more), Arsenal made mistakes, unexpected of players of their calibre.

When all of this starts, Mustafi is halfway up the pitch. Shkodran has bombed forward regularly this season. While he does pose a threat, there is now a gaping hole at the back. 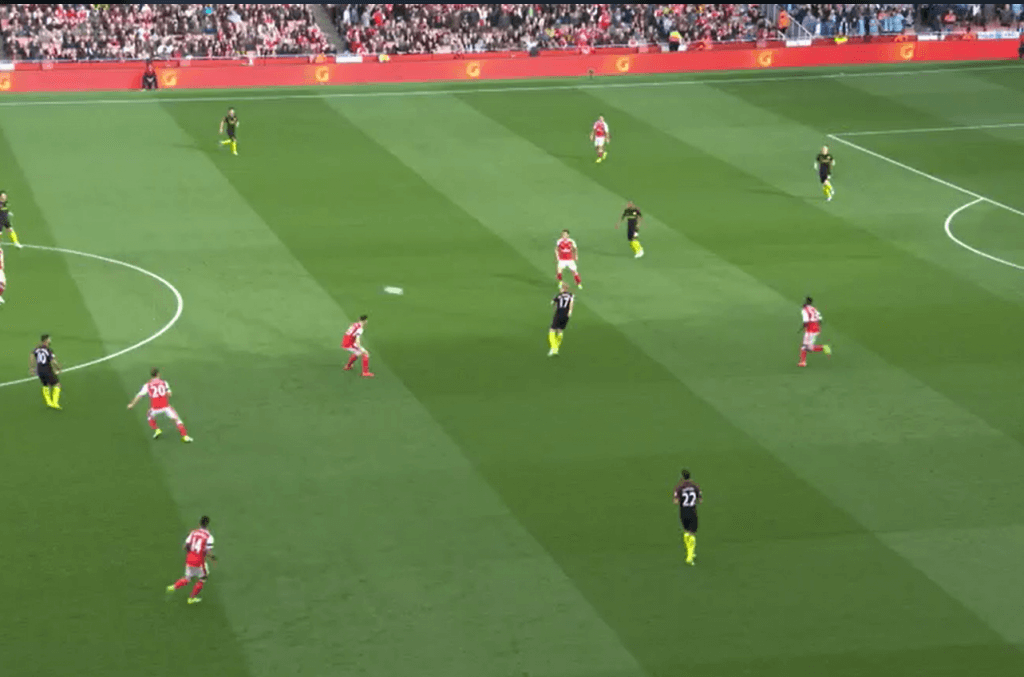 Koscielny and Bellerín are usually quick enough to cover for him, but a great pass from De Bruyne perfectly picked out Sané. City are too quick for key defenders to play that far forward, and Arsenal paid for it.

Bellerín is unable to hold back Sané, and Ospina comes out. The goalkeeper misses, and Sané has an easy goal for the second time against Arsenal this year. 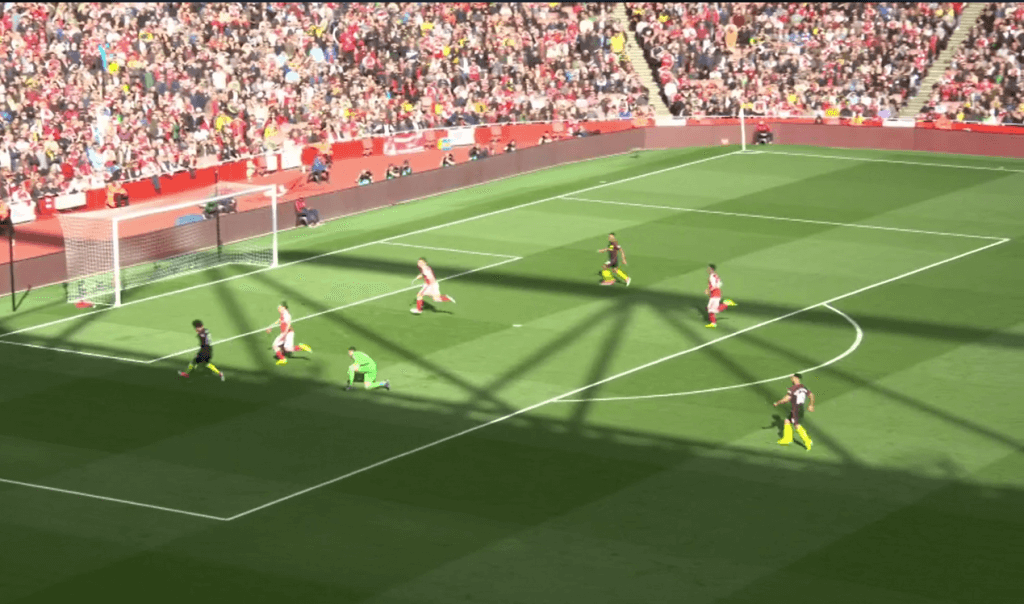 The Gunners were out of position and showed poor discipline in covering for Mustafi, leading to a frustrating goal just a few minutes into the game.

It felt like this could be Bayern all over again.

The second goal came less than two minutes after Walcott poked home to equalise. Arsenal did not re-focus after scoring and were not ready for the increase in intensity that City brought.

They had no shape, structure, nor focus.

Özil gave the ball away and showed little-to-no interest in trying to get it back. He has been doing better in tracking back in defence in recent weeks, but it only takes one lapse in effort for a top team to take advantage.

Coquelin was caught ball watching, and Monreal had come inside to help with the gaping hole in the middle, leaving Silva and Agüero open on the right. Bellerín also failed to get all the way back, and Sané was alone, again, on the left. 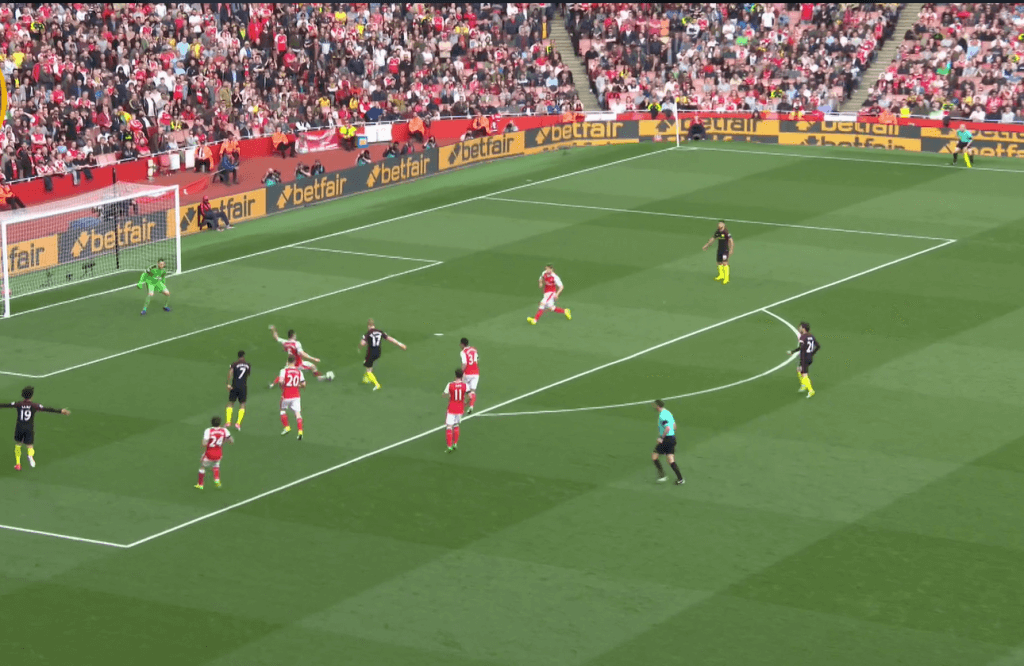 An unlucky bounce from Koscielny’s tackle put the ball right at Silva’s feet.

Making Up For It

Mustafi beat Otamendi (and Welbeck) to the ball from a corner in the second half.

Soon after equalising a second time, Alexis could be seen motioning for everyone to settle down. Which they did; there were a few other scares, but it was a thrilling end-to-end affair that Arsenal managed to get a point from.

With a lighter schedule coming up, the Gunners could grab some vital points before the run-in against Spurs and Manchester United.

It might be just enough to sneak up and snatch fourth in patented Wenger fashion.

Arsenal could also learn from these mistakes to defeat the Citizens at Wembley on April 23.

I still have hope.