It’s Arsenal time again and this time it’s a trip to 19thplaced Middlesbrough which is striking terror into the hearts of Arsenal fans everywhere.

Things should get a stability injection at the back with the return of Laurent Koscielny. While he has done nothing to deserve being dropped, Emiliano Martinez will most likely return to the bench with Petr Cech declared fit.

In the middle Granit Xhaka could perhaps make way for Aaron Ramsey but given the choice I think Arsene Wenger will bump Mohamed Elneny instead.

Danny Welbeck has played a lot recently, but a return of one goal in nine games is hardly setting the world alight. I’d give him a rest, put Alexis Sanchez back up front where he was when we used to win football games, and bring Alex Oxalde-Chamberlain back into the starting lineup.

But what do I know? 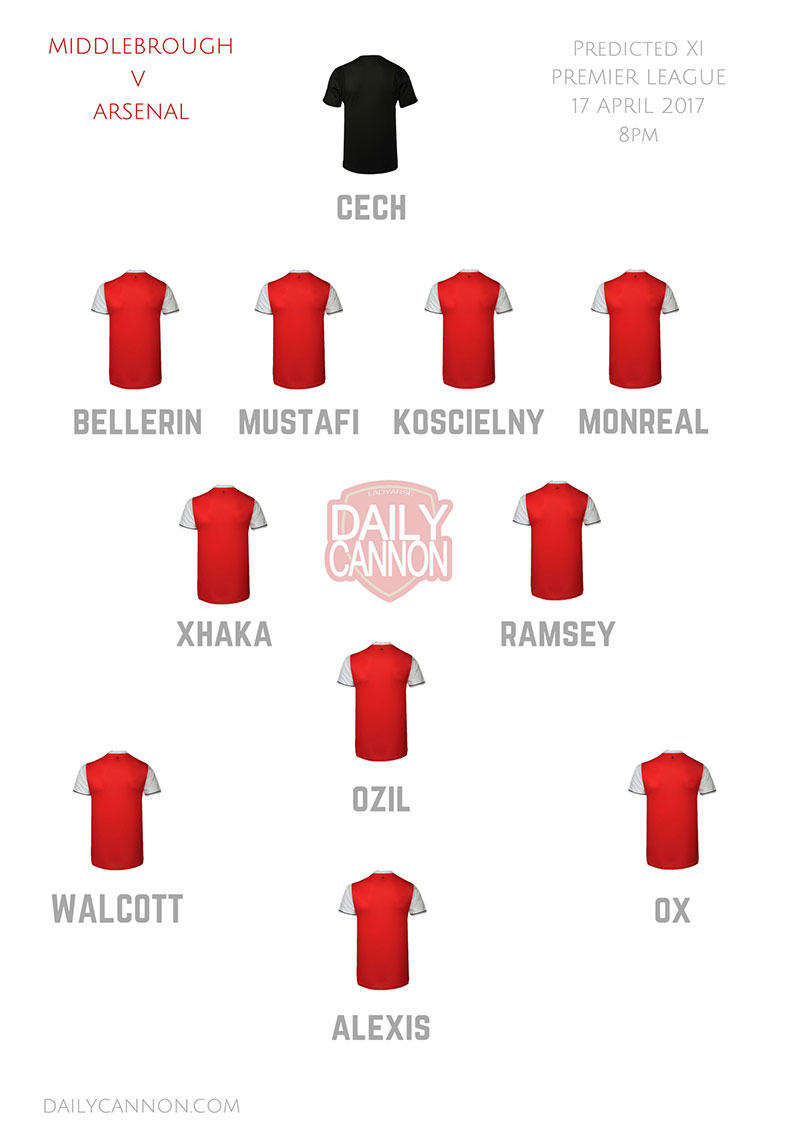