It’s no coincidence that when Mesut Ozil has a stunning match, the rest of the Arsenal team also buck up their ideas.

This is what happened against West Ham.

Our German playmaker started the season well before dropping off after Christmas. Over the last few games, he’s shown signs that he’s returning to his best but against West Ham he was on another planet.

It was Ozil’s 150th game for Arsenal in all competitions since signing from Real Madrid in 2013 and the 28-year-old celebrated in style, not only scoring the Gunners’ first goal of the game but assisting Theo Walcott’s. That’s now 30 goals and 54 assists; six Premier League goals and seven assists this season. 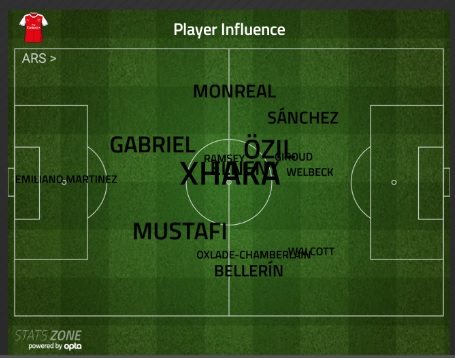 Ozil completed the second most passes overall below Granit Xhaka – 80/93 – and the most in the final third out of anyone: 28/37. And apart from Xhaka, was one of Arsenal’s most influential players. 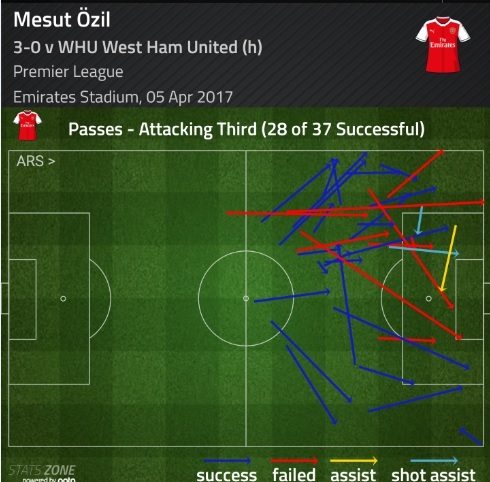 The German also created the most chances out of anyone else on the pitch: FIVE. 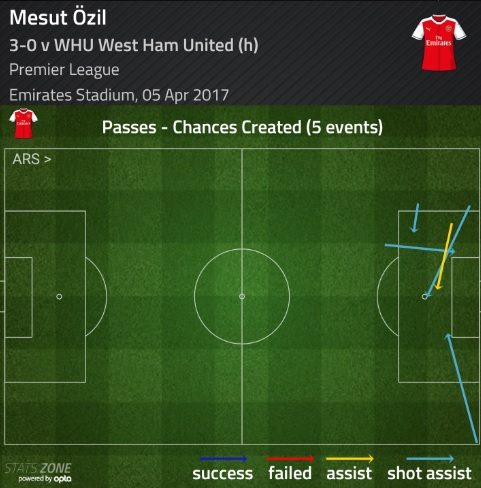 The former Real man has shown his game suffers from lapses in confidence and this performance could be exactly what he needs in order to return to his best.

Ozil was Arsenal’s best player against West Ham and along with Alexis Sanchez looked far more relaxed and comfortable. Long may this continue.