Arsenal have a great chance to get back-to-back wins when they travel to an injury-ravaged Crystal Palace on Monday night.

The Gunners go into the game missing a few player’s themselves, however.

Arsenal will be without Petr Cech, David Ospina and Laurent Koscielny. Although Francis Coquelin is back in the squad after a family bereavement, you’d be hard pushed to find anyone who thinks he should come back into the squad.

Elneny alongside Xhaka worked so well most people want to see it revised against Palace and it’s hard to argue for any changes to the side that beat West Ham midweek.

Surely Xhaka and Elneny will be tasked with running the midfield again, right? 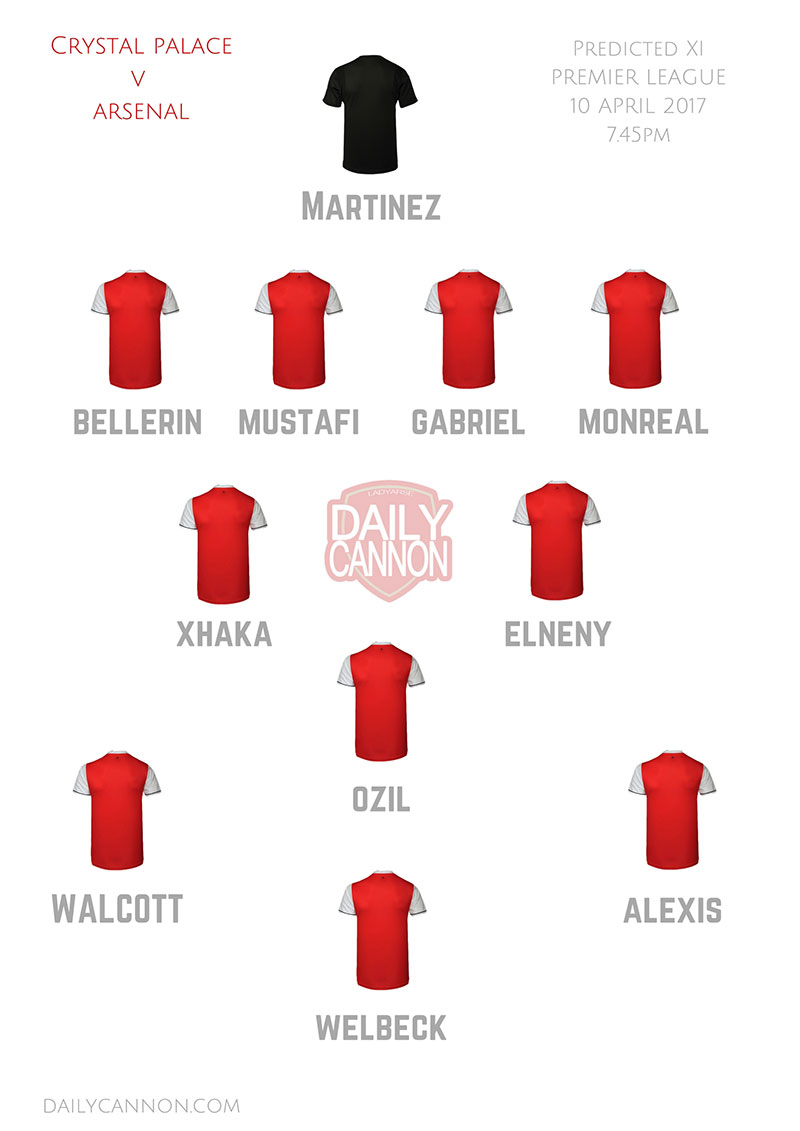