Theo Walcott joined the prestige club of players that have scored 100 goals for Arsenal.

It was in a “small” match in the FA Cup against Sutton but it crowns a nice career.

It took him 11 seasons and 370 matches to get to big 100 – adding a goal every 3.7 matches. It’s important to say none of his goals came from penalties, and he scored 5 hat-tricks.

Even though his 100th was against non-league side Sutton United, Theo has enjoyed scoring in big matches and derbies. Not htis weekend, obviously. He scored 20 goals against London teams, 6 against Chelsea.

He’s very right footed and scored 80 goals like that. He’s not one of the taller boys so he has scored only 3 headers but 2 of them came this season – Something he definitely worked on over summer.

Hope you like the infograph and I hope Theo adds to this number very soon. 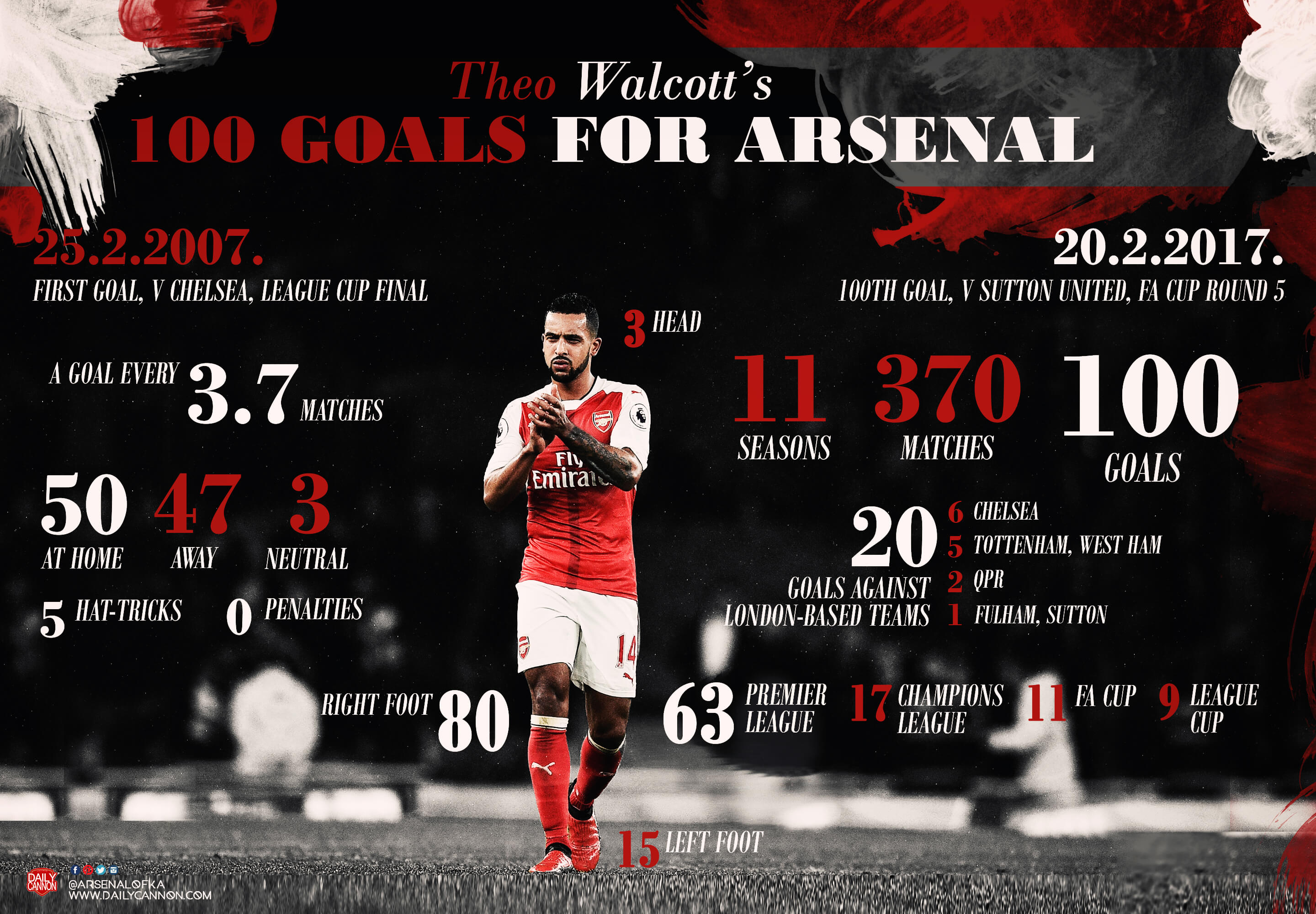