It’s Premier League time and this week we’re facing Hull who come to the Emirates with a big bag of banana skins.

Team-wise it’s hard to know quite how we will line up.

There has been much talk about Petr Cech being dropped in favour of David Ospina for this game. That won’t happen.

Mohamed Elneny is back and you would hope that Wenger will drop Francis Coquelin and keep the Ox in a central role alongside the Egyptian. Especially as Alex has excelled in there compared to the rest of the team lately. I said ‘hope’….

At the back, Bellerin faces late tests and with Bayern Munich in mind I would expect to see him benched in favour of Gabriel. Perhaps we might even see Carl Jenkinson get a game, but I doubt it. I also think we might see Kieran Gibbs start as we try and keep some players fresh for the Champions League.

Up front, well, who knows.

We’d all probably start Welbeck and Lucas but I have a feeling that Wenger will go for Giroud, with Welbz and Lucas on the bench. The latter was carrying a bit of a niggle recently, so precaution might rule.

Here’s how I think we will line up: 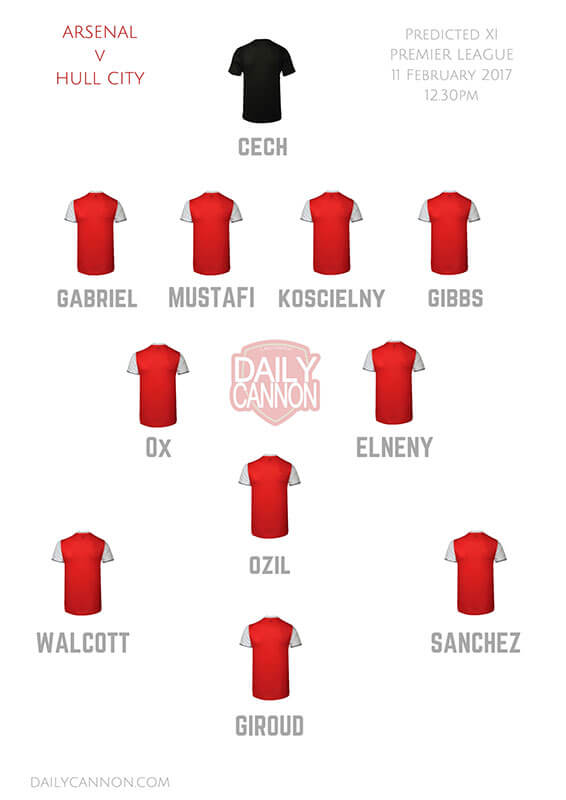