Mesut Ozil’s performance against Hull at the Emirates one once again disappointing.

The German hasn’t been at the races for a month or so now and it’s unclear whether he’s just not in the mood, tired or stressed. Or none of those things. 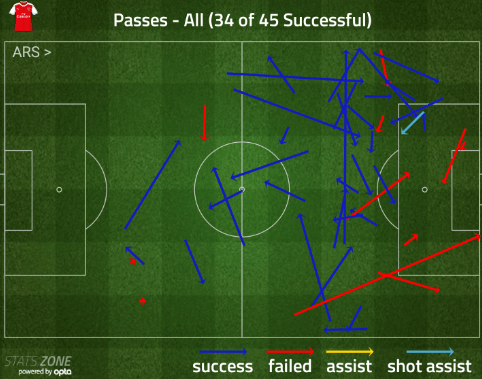 Against Hull on Saturday, it was 76%. He completed 34/45 passes – the 10th highest amount. Even Francis Coquelin was more successful (85%). That’s saying something. 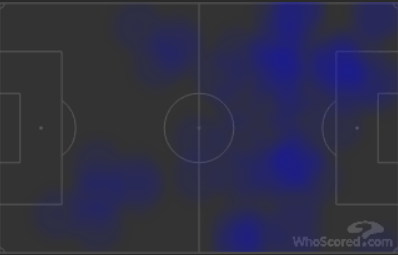 If you look at Ozil’s heatmap, he didn’t stick to one position. He kind of wafted about. When he’s playing well, this is because he’s allowed the freedom to roam around as the game develops but when he’s not on the ball – quite literally – he just looks a bit lost.

During the game against Hull, I barely noticed the 28-year-old, which is saying something considering he’s one of my favourite players who I make an effort to keep my eye on even when they don’t have the ball.

Could Arsenal’s lack of creativity recently be down to Ozil’s lapse? He only created two chances against the Tigers when he’s made 59 in total this season.

We’ll have to wait and see.

Why Arsenal’s Plan A and Plan B failed vs Everton: Can they find a Plan C?