Arsenal may well have gone down without so much of a whimper at Chelsea, but Garth Crooks believes that Thibaut Courtois had such a good game he deserved to be his Goalkeeper of the Week.

Crooks explained his selection by saying, “All that nonsense about Chelsea handing Arsenal the title when they sold Petr Cech to their rivals couldn’t have been further from the truth. The Gunners were mauled at Stamford Bridge.

“There were two moments of inspiration from Arsenal which resulted in two world-class saves by Thibaut Courtois. A wonderful tip over the bar from a Gabriel header in the first half and a brilliant save from a Danny Welbeck effort in the second made it absolutely clear that the Blues, and Courtois in particular, were determined to slam the Premier League door on Arsenal’s fingers.”

As I’ve hhighlighted before, Crooks tends to favour players who’ve been on TV for slots in his Team of the Week.

In fact, in terms of goalkeepers this weekend in the Premier League, here are all the ones who received a higher rating than the Chelsea man: 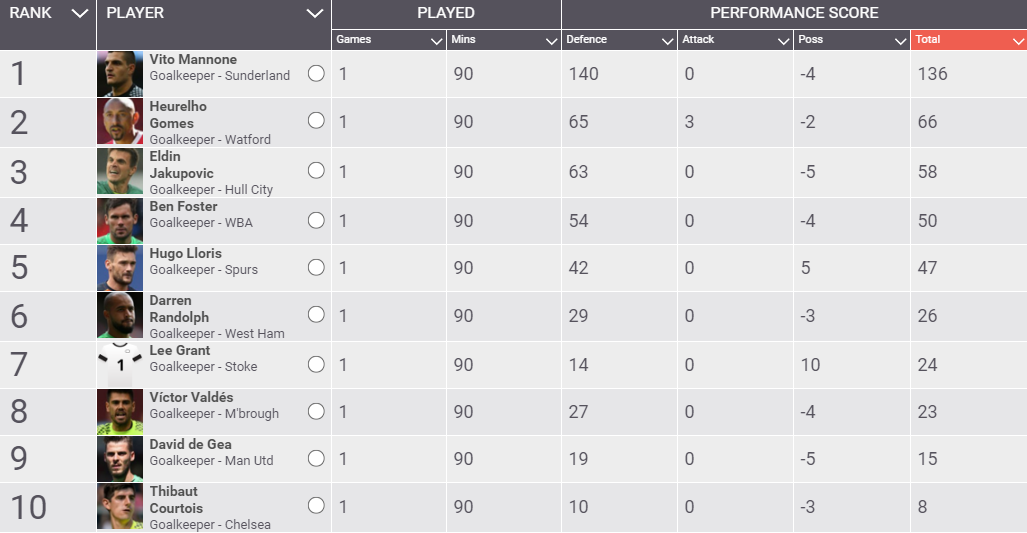 The BBC pay him for this. With money you give them for your TV licence. True story.

Tottenham seek permission to remain at Wembley until end of season