Laurent Koscielny put in another superb performance for Arsenal against Burnley.

The centreback’s stats, especially in the first half, were nothing short of excellent.

The France international made five ball recoveries, two interceptions, two aerial duels, 100% of his clearances and 100% of his tackles all before half time.

Overall, after 90 minutes, Kos made 10 ball recoveries – second only to Burnley’s George Boyd.

He made three interceptions, two blocks and won 10/10 of his clearances. He also made 55/61 successful passes – the fourth highest from both teams – and six of these were in the final third. 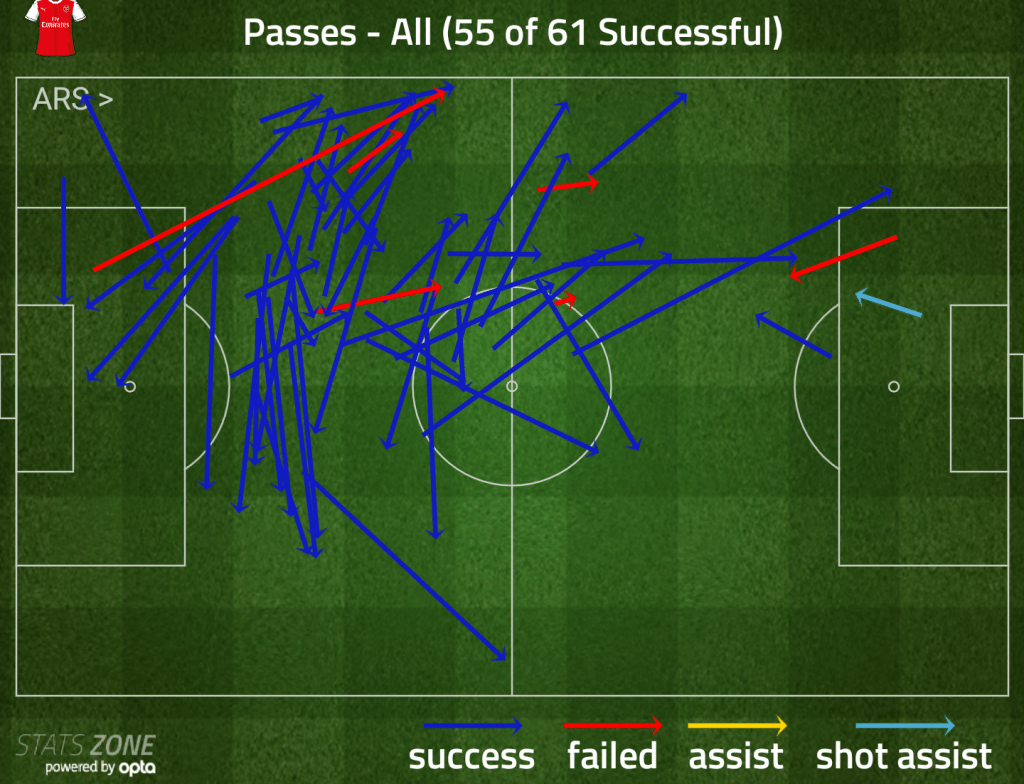 The thing about Kos is that he’s so understated.

Unless you really watch him, you don’t notice him quietly bossing opposition players. He’s disciplined and, from what I can tell, a fairly decent captain with his cool head. He hardly ever slides in for tackles that make you wince, just well-executed, perfectly-timed challenges.

There’s no doubt in anyone’s mind that Koscielny is the best centreback in the Premier League right now and I feel privileged that we get to watch him in an Arsenal shirt for years to come.