Jack Humble is one of the the most important men from Arsenal’s history.

John Wilkinson “Jack” Humble was born in 1862 in County Durham and in 1880 he moved to London to work in the royal munitions factory in Dial Square – the Royal Arsenal in Woolwich – which was one of just three in the country ahead of the war.

Humble was part of a few societies which believed that workers should have free time for activities outside, including football, before he moved to London. So once he was there, he met like-minded people who also shared a passion for football and worker’s rights.

Once the football team, Dial Square FC, was formed, Humble, who was obviously on the committee, suggested that the players should be paid and wanted the team to become professional. This happened in 1891 and two years later, with Humble as director, Arsenal joined the Football League after a failed attempt to start a Southern League. They were the first southern team to do so. 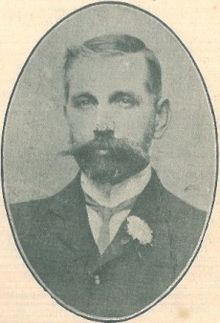 When Henry Norris took Arsenal over (1910), Humble remained director and oversaw our move to Highbury in 1913. With a crowd of just 3,000 at Plumstead, our finances were in a bad way and moving to an area near other football teams, near a train station, would attract more people and therefore generate more money.

Norris, despite coming from a similar working class background to Humble, had grown into a rich property developer, was part of the Unionist Party, and became everything Humble stood against. Humble didn’t even want Arsenal to become a limited company because he believed in not ostracising working men. His love for the club must have been strong to keep him there.

After Norris left in 1929 after losing a libel case against the Daily Mail, Humble resigned.

He passed away on 18 December 1931 – just two years after resigning from Arsenal. This means he moved to London when he was just 18, formed the club and then spent almost his entire life working for Arsenal. The club was his life and improving it, especially for the working man, was his priority.