Just like the Premiership, it’s all getting a bit tight at the top of the Injury League table.

Sunderland are still top with nine players out; coincidentally, they’re not far off the bottle of the Premier League with just 14 points from 18 games.

Meanwhile, Hull are still second with seven players out and West Ham are third with the same amount.

Arsenal are fourth but closing the gap.

We’re just two points off the Hammers and Hull with nine players now out. Since, as soon as one returns, another seems to pick up an injury.

Fortunately, we’re set for Danny Welbeck to return, since he’s now back in training, and Kieran Gibbs’ knock against West Brom didn’t look too serious. 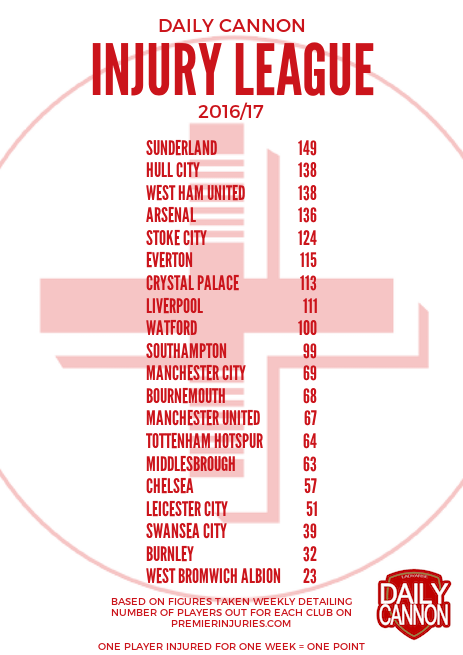 Mohamed Elneny is 2nd best in Premier League & 12th in...