The Gunners currently have eight injuries, since Alex Oxlade-Chamberlain hurt his hamstring against Manchester City.

Saying this, Danny Welbeck should return to training soon and Shkodran Mustafi is only thought to be out for three weeks.

At the other end of the table, West Brom are still bottom, which is annoying considering we play them at the Emirates on Boxing Day. 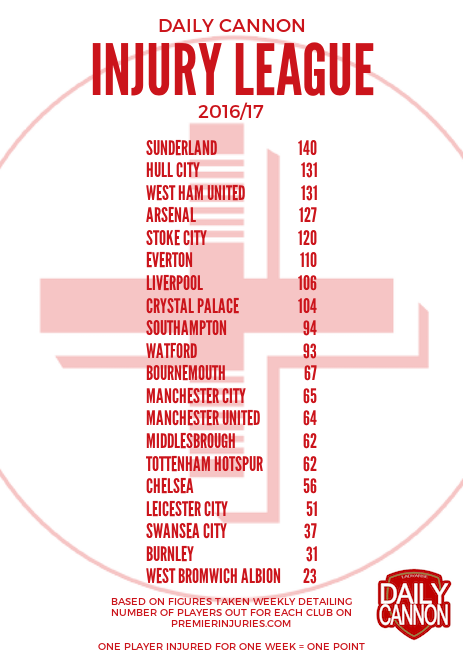