It’s League Cup time once again and that means all change in the Arsenal starting lineup.

Injuries to some key players means that this might be an easier lineup to predict than normal, but don’t rule out Arsene Wenger dropping a bombshell or two – he seems to do it every week judging by the amount of uproar there is over every team selection.

He has, certainly, been hard to predict of late.

In goal we know that we will see Emiliano Martinez as he has been the League Cup keeper this season.

At the back, Carl Jenkinson should come in at right back because we have no other seniors who are fit. Ainsley Maitland-Niles can play there, so I guess it depends how angry Arsene is at Jenks. Gabriel, Holding and Gibbs should also start and then, well, your guess is as good as mine.

Does Wenger use it to give Granit Xhaka more time to get used to life in England? Ramsey has been playing with a broken toe so he should get a well-needed rest. Elneny has played the last 2 games while Santi Cazorla is still injured. That doesn’t leave much which is why I’ve went for Francis Coquelin and Ainsley Maitland-Niles.

I expect to see Iwobi come back into the side, the Ox to start, with Jeff playing behind the fit-again Lucas as Wenger rests Giroud’s dodgy hamstring.

Well. ‘Expect’ is maybe too strong… 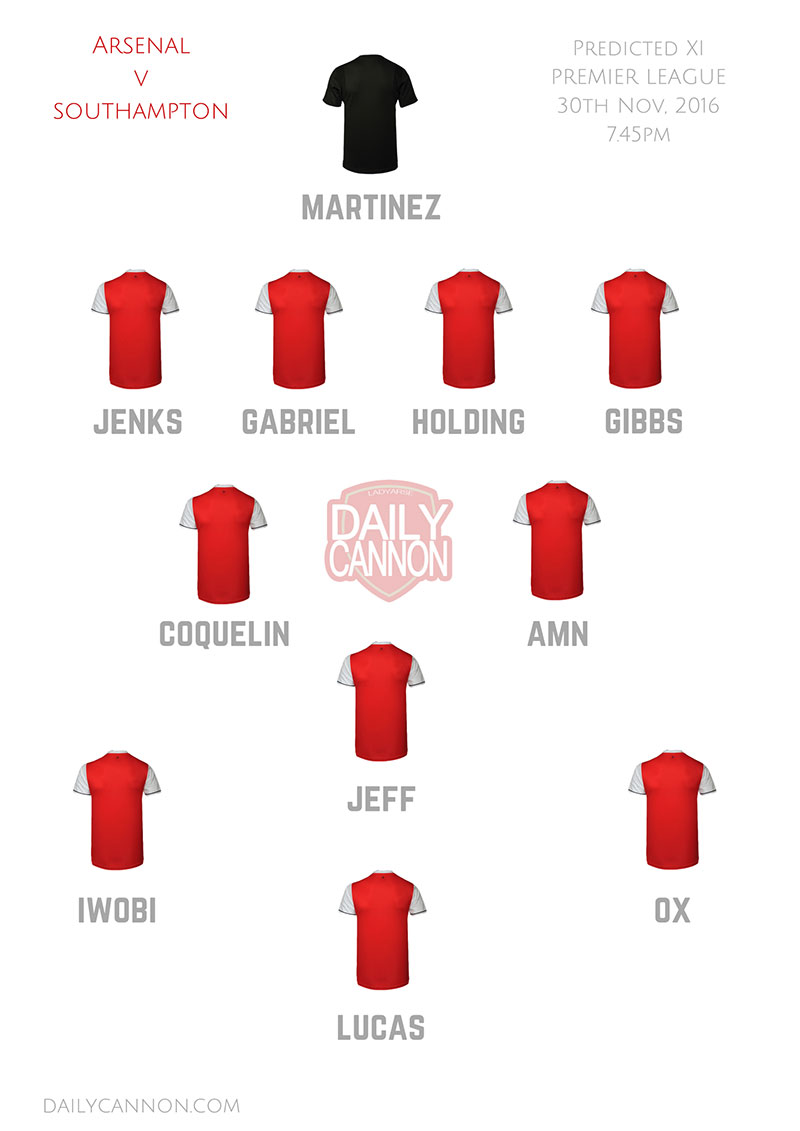 I asked people on Twitter to predict their lineups and if anyone matched my prediction I’d include their tweets below.

Here’s how that went:

….Yeah. Just one person. Least I won’t be on my own when it’s wrong!