How do we think Arsenal will line up against PSG on Wednesday night?

Starting from the back, David Ospina will be in goal unless he picks up some sort of injury overnight or in the warm up.

Carl Jenkinson will still be in for the injured Hector Bellerin as Arsene Wenger claims that Mathieu Debuchy isn’t ready yet.

I also wouldn’t be surprised if we saw a fresh-legged Kieran Gibbs in for Nacho Monreal seeing as the Spaniard has struggled this season, especially against Valencia on Saturday.

I doubt we’ll see Coquelin dropped but it would be nice to see Xhaka start ahead of Elneny.

Moving forward, even though it’s not the right position for him, I reckon Wenger will start Ramsey on the wing again and will probably stick with Alexis up front. 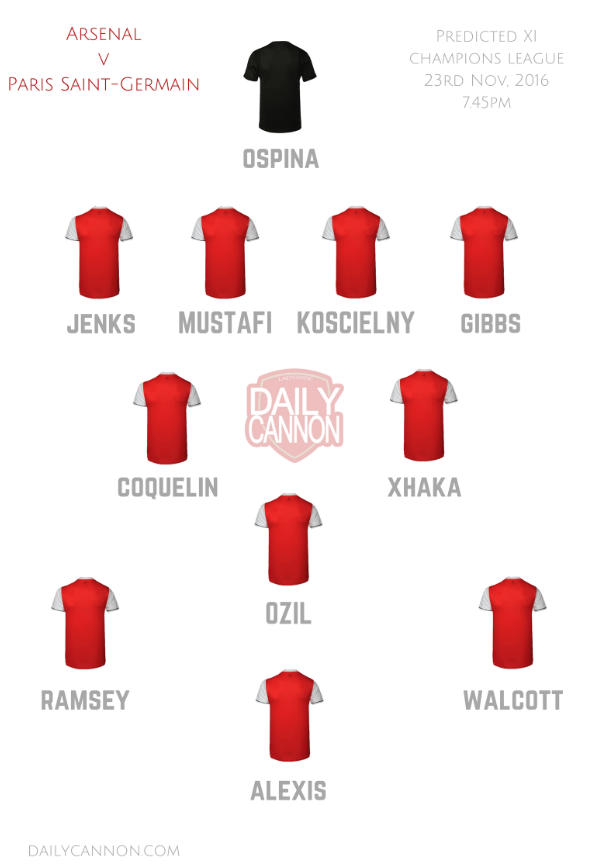