There are somethings in life that people will tell you that you can’t quantify.

Joy is one of those things.

What is joyful for you might be torture for me, so it becomes truly impossible to claim something as universally ‘joyful’.

But I’ve found something. For Arsenal fans, at least.

I think we can all agree that when it comes to putting a number on ‘joy’ these ones work pretty well:

As if that isn’t funny enough, I decided to see what Arsenal and Arsene Wenger’s record was over the same period – 40 games.

Would you believe that it is an exact mirror? I didn’t, so I had someone check that I could count properly.

Turns out I can.

Mourinho is just lucky they weren’t all in the league in the same season. Adjusting for there only being 38 games in a league campaign, Mourinho would have just 31 points – three fewer than Norwich managed last season when they were relegated in 19th place. 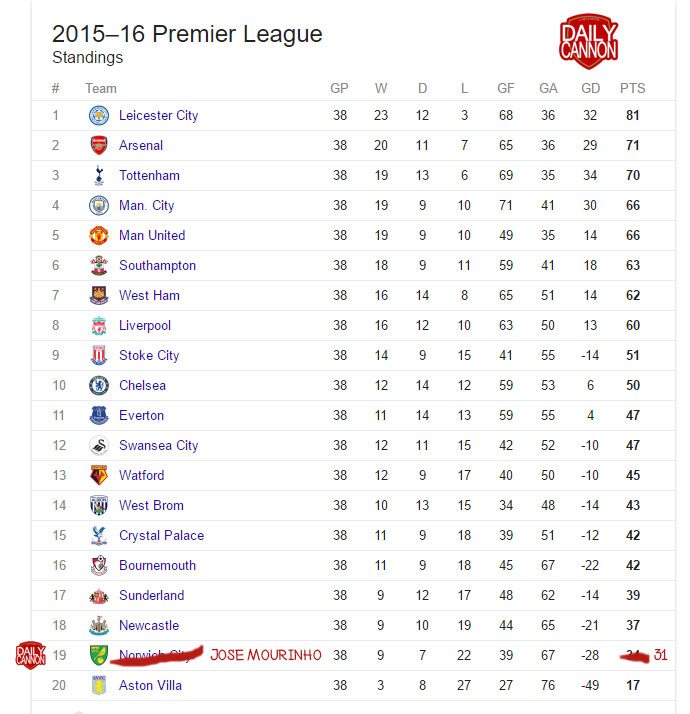