Sunderland are now joint top of the Injury League table with West Ham, while players return for Liverpool, dropping them down below Arsenal.

Liverpool now only have six players out compared to Arsenal’s eight, which allows them to drop down the table. Considering they started out at the top, Scousers are bound to be thrilled.

Although the Gunners have the same amount of men sidelined still, ours are taking slightly longer to return to fitness.

Meanwhile, Sunderland, who were third, have leapfrogged Hull and are now sitting joint first with West Ham. The Black Cats now have nine men sidelined while West Ham have eight. 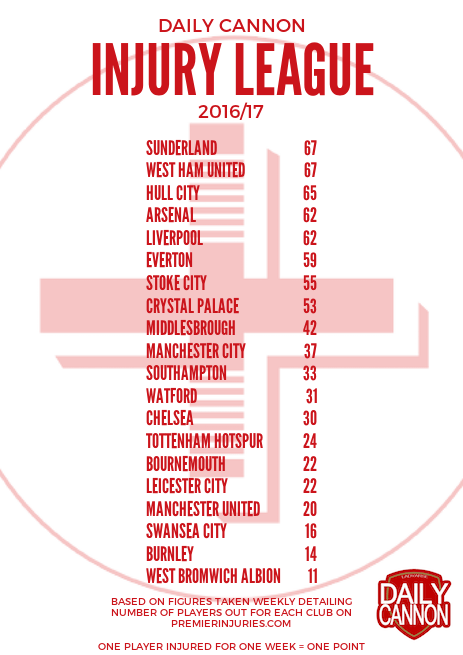