Gabriel has returned to training after being out of action since pre-season with a sprained ankle.

Missing the season to date, Gabriel was not expected to be back in action until the start of October but it looks as if he is defying Arsenal medical science and closing in on an early return.

This weekend will no doubt come too soon for the Brazilian but it’s finally good to have options again, even if it is a bit of a nutty one.

Lucas and Mustafi in training today! looks like theyve settled well,Gabriel and Sanchez there as well..#AFC #Arsenal pic.twitter.com/FM82o7Mbcd 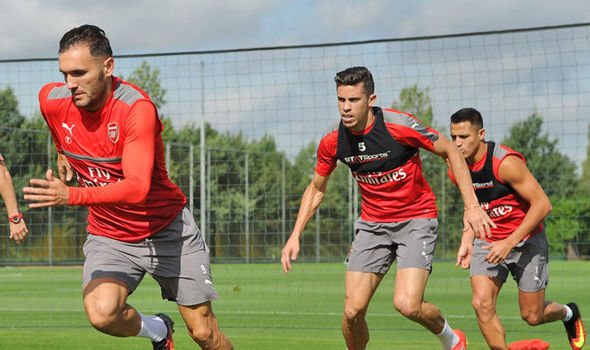 Per Mertesacker is, of course, still sidelined and not expected to be back anytime before the new year.

Aaron Ramsey has also been ruled out of not only this game but the Champions League opener against PSG on Tuesday with the hamstring strain he picked up against Liverpool on the opening day.