Along with Shkodran Mustafi, Lucas was handed his Arsenal debut as Arsene Wenger rested Alexis Sanchez and Olivier Giroud after their midweek travels (and with one eye on PSG on Tuesday).

It was a quiet afternoon for the Spaniard as he tried to come to terms with the pace in the Premier League that is something quite different in real life than it seems on the TV and the first half mostly passed him by.

The second, however, saw him seem to get to grips with things a little better, a fact Arsene Wenger himself highlighted after the game.

Getting into good positions and interchanging well with Theo Walcott in the second half before he was replaced by Olivier Giroud, Lucas only managed one shot (and that was blocked) but considering we only had two shots on target in the whole game, we won’t hold that against him.

He wasn’t dispossessed once, unlike the Ox who was robbed of the ball three times, the same number of times as Mesut Ozil whom we all agree had a bit of a stinker. 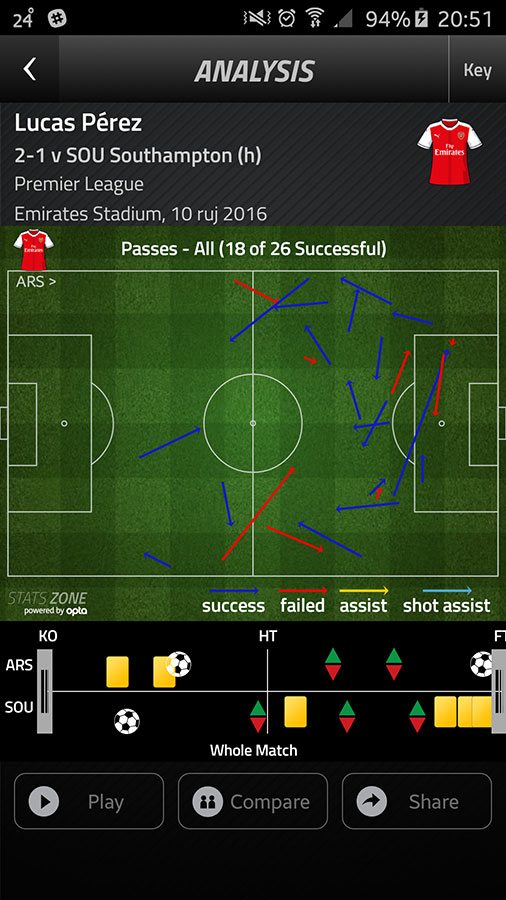 Lucas made 26 passes, which doesn’t seem like a whole lot until you look at Theo’s stats and see that he made 17, one fewer than Petr Cech.

Lucas’s pass completion rate belies his debut nerves, sitting at 69.2% when last season he averaged 79.1 and has a career average of 78.23.

I can hear you all saying ‘that doesn’t sound very good’ so I’ll just point out that Sergio Aguero’s is 79%, Gonzalo Higuain 79.2% and Alexandre Lacazette 75.9% (those are the first three who came into my head).

Not the best debut in the world, not the worst either. Draw zero conclusions from it.