The Arsenal squad set to face PSG on the 13th of September has been announced and there are a couple of – sort of – surprises.

Carl Jenkinson, for one, is only just now returning from long-term injury and has been included on the list. So has 18-year-old Krystian Bielik, who had a decent pre-season with the club and Jeff Reine-Adelaide, another promising youth player.

There’s no reason to be nervous. Arsene Wenger wouldn’t include them if they weren’t ready and the match is still 10 days away. We have a tradition of including a couple of promising youngsters in our Champions League squad so it’s nothing new and, if anything, it’ll be a fantastic experience for them.

Remember last season when Alex Iwobi played amazingly against Barcelona? Sometimes, if you see something in a player, you just have to take a chance. 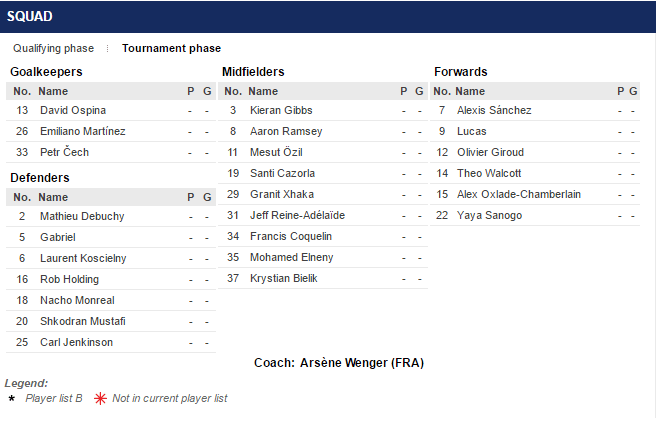 According to Jeorge Bird, Hector Bellerin, Alex Iwobi and Chuba Akpom are on the B list, which, Uefa explains is when they are “born on, or after, 1 January 1995 and have been eligible to play for the club concerned for any uninterrupted period of two years since his 15th birthday.”