Going to Paris on your own or with just a couple of you?

Don’t fancy getting bevvied up with the away fans? Having just been to Paris a month or so ago, I thought of some things to check out that might not make it to a tour guide or on a fan’s itinerary.  And others that everyone knows about but are worth doing anyway.

Probably the coolest bar in Paris, with quirky decor, seating in and out, and a very chilled atmosphere. And its also one of the cheapest. Beers, cocktails and the rest, all at a better price than anywhere in London, in a very vibrant and multicultural area of Paris.

Don’t believe me? Ask Time Out.

You won’t get seats if you turn up en masse, but if two or three of you are staying on the eastern edges of central Paris, it’s a must. 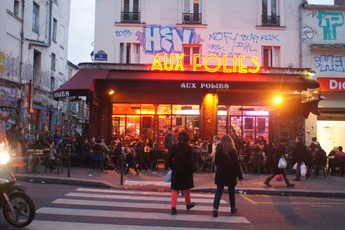 Try ‘picon biere’, particularly at the above

It’ s kind of like a good solid French beer with a hint of a cocktail about it. It’s perfect for the first drink of the afternoon/evening or the first for the day after, because the taste is a touch lighter than a plain beer, with just a hint of sweetness, but higher alcohol content.

It’ s also something that tourists never know about, so it’ll get you some cool points with your mates, and in my experience, sometimes with the legendary snobbish waiters…

Another one from Eastern Paris.

Ok, there are lots of parks in Paris, but most feel a bit like over-manicured driveways of stately homes, with gravel everywhere and grass you aren’t allowed to walk on, dominated by fancy flowerbeds. If you want that, go on a day trip to Versailles by train and see just how far a king’s ego can take landscaping.

Parc de Buttes-Chamont is a bit like a bigger, prettier Primrose Hill in Paris, but with less rich people at the bottom and less stoned students at the top. It’s got grass you can walk and sit on, nice tree lined pathways and a great view from the top of the hill over Paris. Perfect for chilling out if you are hanging and need some fresh air but not too many people.

Just don’t fall in the lake or look too closely at the waterfall. It’s also got two metro stations by the exits and is about 10 mins walk from about seven or eight others so it’s nice and simple even if you are knackered. It’s a big river. It runs through central Paris. Its like a prettier version of the Thames, especially at night. Because the French aren’t so keen on letting developers knock up skyscrapers every 10 feet in the centre of town, you can see along it really well, and accordingly see all the old buildings along its edges properly.

You can see most of the tourist land marks like Notre Dame and the Eiffel Tower just by walking along it for a bit (and most look lovely illuminated at night), as well as buying all the comparatively classy tourist tat from the stalls in along half of its length any time during the day.

Pretty much all the locations that get serious love from the guide books are pretty close, as well, so you can easily see four or five amazing places on the same day just by hopping along the river.

It really is lush.

Though I don’t recommend the boat tours from what I saw. The guys driving those things make Parisian motorists look sane. 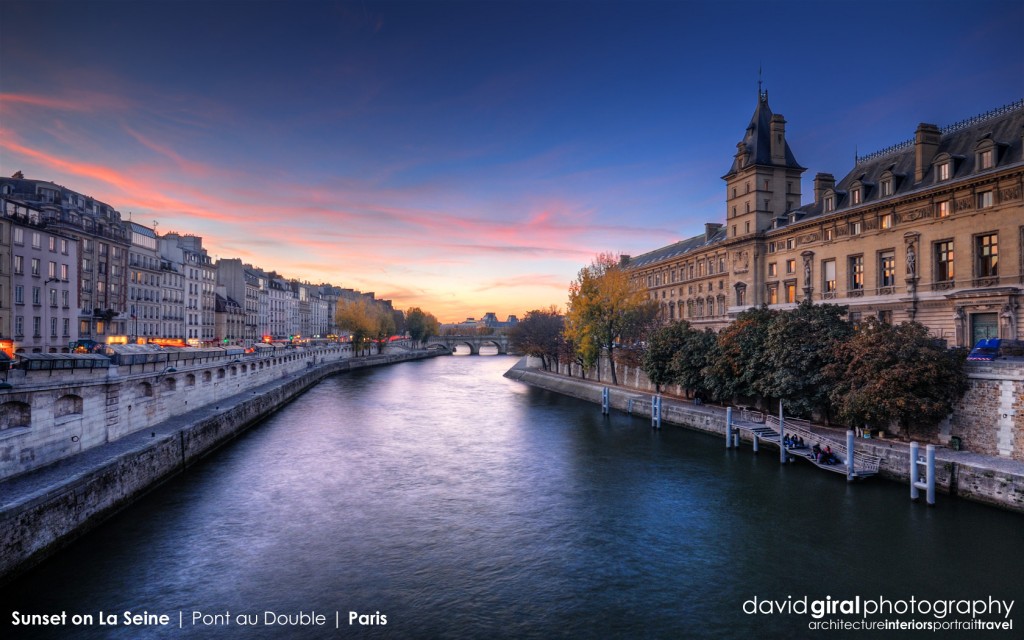 Ok it’s a cliché. And French food isn’t so exciting now we can all get culinary delights from almost everywhere in the world delivered to our door by popping online. But French food in France is just better than it is in the UK.

The portions (unless you go to nouvelle cuisine places) are a lot bigger. It’s easy to look at the prix fixe menu in some tourist part of central Paris and think “20E Euros for a three course lunch? Bloody tourist prices”.

Then they bring you the three courses, and you find out that its worth the money. And that you probably won’t need dinner. I think it would be perfectly possible to live off a French onion soup and a croque madame with side salad per day at any of the places I ate at, where I quickly discovered that the overpriced light snack was too big for my dinner plate. Sweet!

And of course, baguettes, croissants and incredibly fancy cakes are everywhere.

If you don’t want the French food (because there is only so much barely cooked meat, frites, and things made with half a ton of butter anyone can eat), any francophone food will be AMAZING. The best Kebabs I’ve ever had were in France, same for Vietnamese food (especially in the very cool Latin quarter and its jazz clubs), and of course anything from North Africa tastes like heaven.

Basically, French food isn’t always very exciting, but unlike in England, if you sell bad food, you will go bust overnight, so you know it will taste good. Even Maccy D’s at midnight next to a tourist trap tastes like real food as opposed to cardboard.

And they sell beer. At McDonalds. Oh yes!

For travel info getting to and from stations and the ground, check out our Paris guide from a local