Picking an Arsenal team when you’ve got choices is enough to drive you crazy.

We know that we won’t be seeing Aaron Ramsey or Alex Iwobi after their hamstrings/thighs exploded against Liverpool, so who takes their place? Chances are, it won’t be anyone we expect it to be as Arsene messes with us as usual.

At the back we should see Laurent Koscielny return with Wenger admitting that, if he has to take a risk on one of the three players still to return after the Euros, it will be the defender, but does he pick Calum Chambers or Rob Holding to go alongside him?

In midfield, I’d love to see Granit Xhaka get his first start alongside Mohamed Elneny, but I fear that we will see Francis Coquelin again with the Swiss on the bench as he gets used to life in England.

Up top, we don’t really have a choice but to play Alexis in the centre unless Wenger was lying to us and is prepared to take a gamble on more than just one player. On the left, with Iwobi out, the Ox surely did enough in his brief appearance last weekend to get a start.

Here’s how I would like us to line up for the game. I’m not entirely sure we will, though: 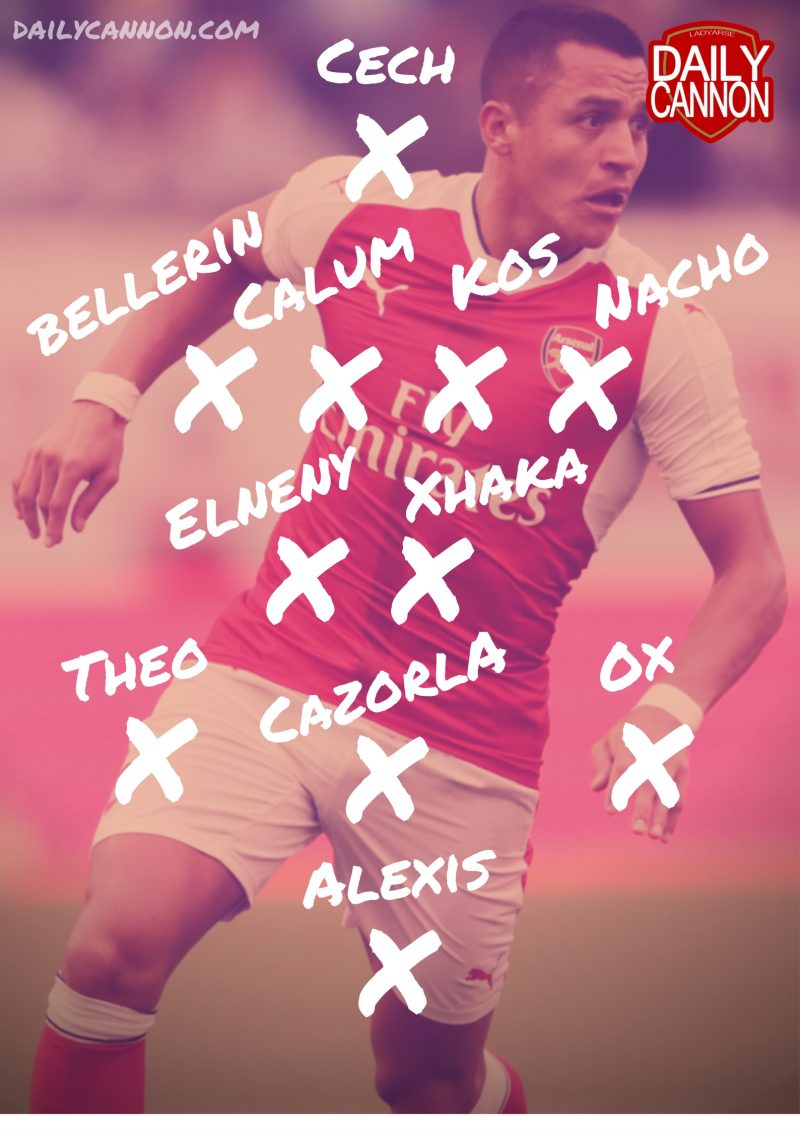