With a number of players sidelined, it’s not quite a straightforward XI to pick for the opening game of the season, complicated even further by people who generally have good info claiming our centreback pairing is likely to be Nacho and Chambers with new boy Rob Holding most likely taking a spot on the bench.

So, with that in mind, here’s our first punt of the season. Not at all confident given the variables, especially for the defence and at left-wing, which could be Joel or the Ox. Or even Iwobi. 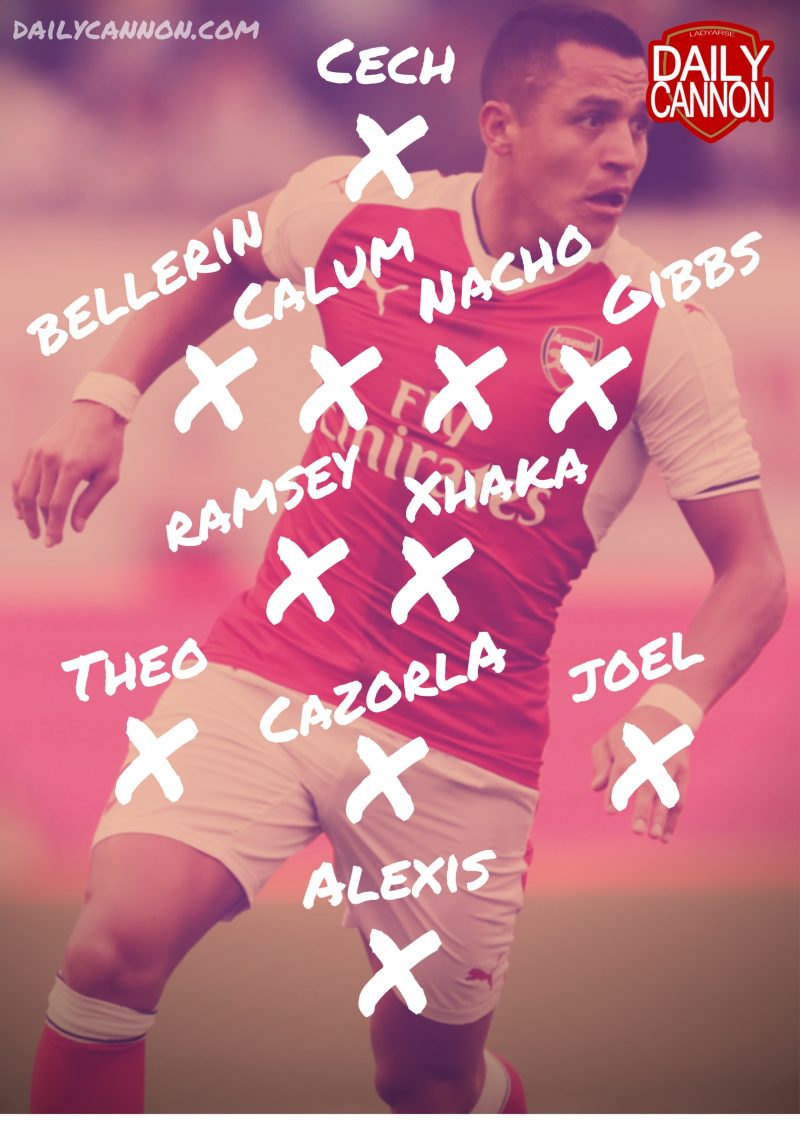