Alexis Sanchez has been one of Arsene Wenger’s greatest signings. 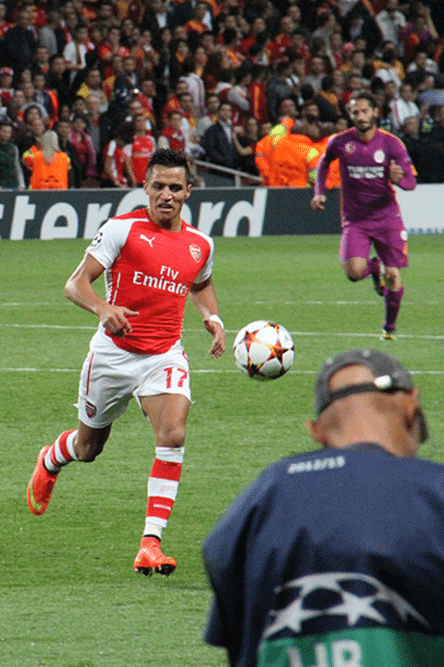 “Alexis caught on camera” (CC BY 2.0) by Ronnie Macdonald

He has only been at the club for two seasons, but the magical forward has become a pivotal cog in this Arsenal side. At 27 years old, the Chilean hitman has the potential to grow even more, and Wenger should aim to build his squad around him. According to the Daily Star, though, Paris Saint-Germain are preparing to put in a bid for the player, with other European giants reportedly expressing interest as well.

This is unsettling news for us to say the least.

Although he missed a large chunk of the 2015/16 season through injury and then took a while to find his groove again, Sanchez has been one of the few redeeming features of our team for the past two campaigns. Having Sanchez up there with Mesut Ozil gives us the creativity and star quality that we so desperately need, and when either is missing from the starting line-up, we don’t quite click right in attack. When we buy our Arsenal tickets, we want to go there and see how lethal our boys can be in the final third, and when Sanchez is on form, there aren’t many players who are better to watch.

Sanchez has been on fire for Chile in the Copa America, and the competition has given him the opportunity to show the world that he is up there with the best. It is no surprise that European’s elite clubs are knocking at the door, but we need the player more than we need the cash injection from his sale. Now that Juventus have sold Alvaro Morata back to Real Madrid, reports suggest that they too may be interested in signing Sanchez. Arsenal has expressed interest in Morata in recent weeks, but it is thought that Real’s asking price will be too high.

Wenger doesn’t need to sell Sanchez to free up funds to sign a new striker; he needs to keep Sanchez and sign a new striker that can work alongside the Chilean. Our new number 7 is already accustomed to life in the Premier League, whereas an outsider would need time to adjust. Remember how long it took Ozil?

The good news for us is that the Frenchman seems serious about finding a new focal point for his attack this summer, with an attempt already made at signing Jamie Vardy. Wenger has indicated that he suspects Vardy will stay at Leicester City for another season, but there are other big names that we could be looking at. Romelu Lukaku has indicated that he wants to move to a club with Champions League football, but as it stands, it looks like he may stay at Everton for another season or join Chelsea.

With Wenger about to embark on the final year of his current contract at the Emirates, he needs to make sure he gets things right this summer. Keeping Sanchez is essential, and buying players that can work alongside him should be the next priority.

Marc Overmars would prefer Arsenal over Newcastle but Barcelona over both

Michael Ciani recalls approach from Arsenal & why it fell through