It was a bad day at the office for Hector Bellerin and Petr Cech; Cech let in two goals while Hector didn’t get a look in.

Spain scored early against Croatia with a tap in from (former) Arsenal target Alvaro Morata. Minutes later, Turkey went 1-0 up against the Czech Republic.

Croatia weren’t out by any stretch and hit the bar, catching out David de Gea just moments after Spain scored. They leveled the score just before half time.

Turkey went 2-0 up against the Czech Republic in the 65th minute, making Cech statistically the worst goalkeeper in the Euros so far.

21 – Petr Cech (#CZE) has now conceded 21 goals at the Euros, more than any other goalkeeper in the tournament. Ouch.

Sergio Ramos had a penalty saved for Spain, preventing them from going ahead.

Perisic put Croatia 2-1 ahead in the dying minutes. 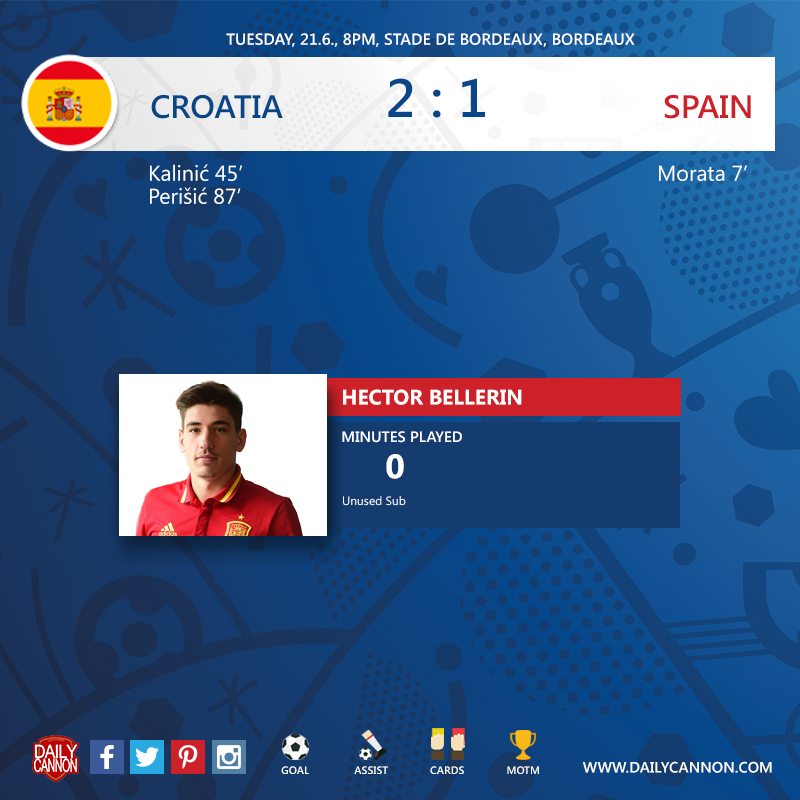 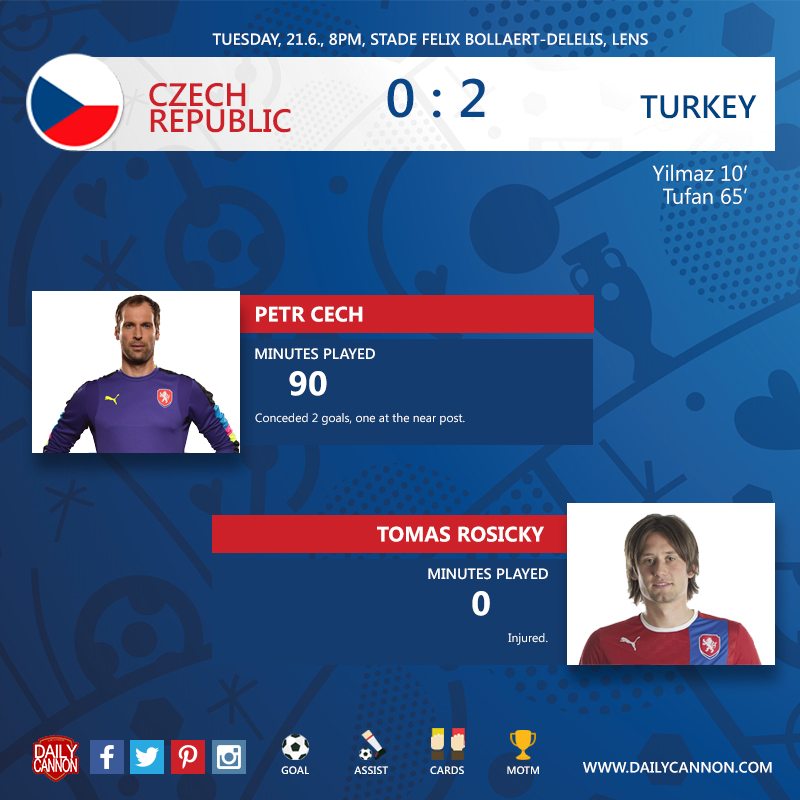 Mikel Arteta will give loanee a chance in pre-season