There are certain fans in France that we call ‘footix’ in reference to the France ’98 World Cup tournament mascot.

These are the fans that booed Olivier Giroud on Monday. 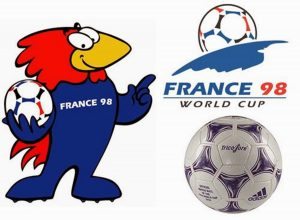 Here is how we define a footix fan in France, it is a bit like a glory hunter in England:

Footix is a pejorative term to describe a person who declared themselves a fan or supporter of a football team following a tournament or a big competition and who knows nothing or nearly nothing about the sport.

These are the fans that discovered football in 1998 or 2000, when France won the World Cup and the Euros. They do not understand football, even if they believe they know everything about it.

The footix tends to change his support for clubs when they sign new players they like, for example they moved from Man United to Real Madrid when Cristano Ronaldo was transferred.

In general, the footix support multiple teams, those who have good results and they change their allegiance if their supported team start having bad results.

Here is a compilation of footix comments found on French forums and websites:

“I am supporting Real Madrid and next year Manchester United I think. The French League is shite and is useless.”

“Puel is bad manager for a big club like OL. A few players have lost their motivation, they don’t make any effort. I even do better on FIFA 10 against Valenciennes I won 3-0”

“Didier Drobga is shite, proof he is not even selected with the France team”( Ivory Coast)

” If Zenden is such a good player, why is there no highlight compilation on dailymotion?”

“scoring a palinka in world cup final, does it really mean you are a great player ? ” ( it’s called a panenka and Zidane is a great player)

And a last one speaking about Platini “I never understood why there was so much talks about that guy, because they never played him alongside Pele in the French team”

I am sure you can find the same idiots at the Emirates Stadium or at the England games, it is an international supporters’s disease.