After Arsenal’s disappointing 1-1 draw with Crystal Palace on Sunday, Jack Wilshere tried to rally the fans but instead managed to post a Manchester United-related inspirational image.

The tweet, which has now been deleted from Jack Wilshere’s Instagram following a wave of ‘gentle’ fun-poking from Gooners and other fans, contained the words,

“This is our club
Together and forever”

Although at first it seemed as if the midfielder, who’s gradually making his return to fitness after an entire season on the sidelines, was rallying the fans. Most people who didn’t have a clue what the image was got behind the tweet, praising his passion. But on closer inspection, he’d actually posted an image of Manchester United’s Bobby Charlton, George Best and Denis Law’s statue. 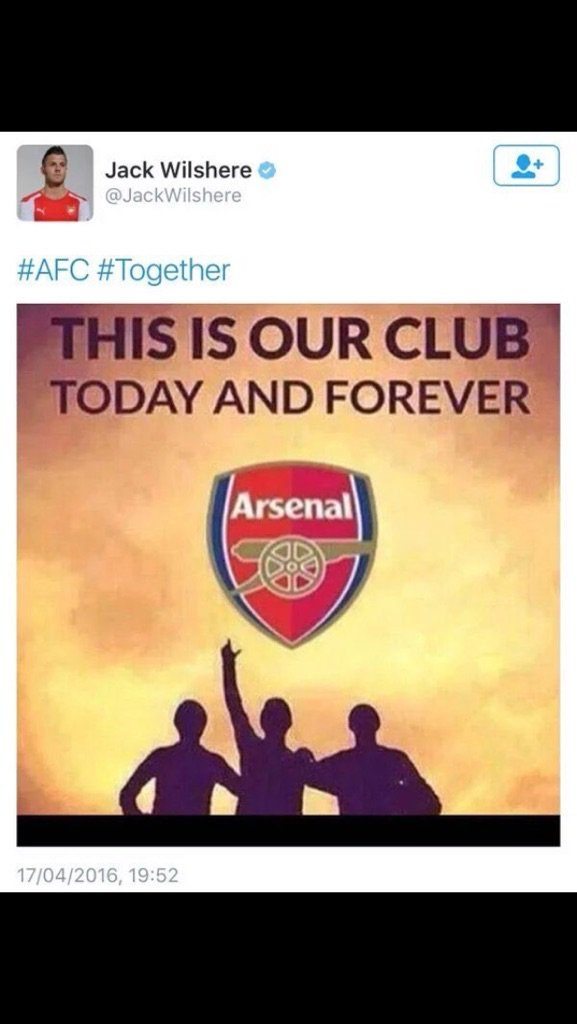 The embarrassing blunder didn’t go unnoticed with many Twitter users choosing to see the funny side rather than getting angry.

@JackWilshere Sorry mate, but this won't be going away in a hurry. pic.twitter.com/je3M6fWvOT