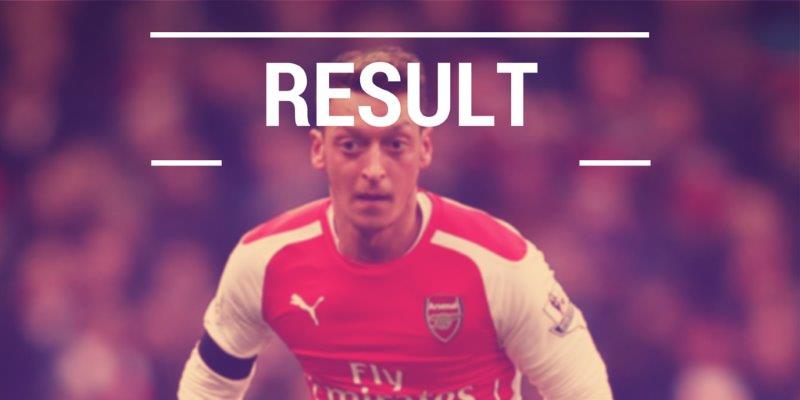 This time, Arsenal weren’t letting Watford beat them on their own turf and the Gunners cruised to a comfortable 4-0 victory.

Arsenal started strongly with fluid, quick passing and frenetic movement and within minutes Alexis scored. A looping cross in from Alex Iwobi on the left fell to the Chilean, whose initial headed shot was palmed away by Gomes, only for the forward to slot home the rebound.

Watford showed their strength on the break straight away but the ball forward was comfortably collected by Ospina.

The early Arsenal goal lifted the Emirates and the home fans were in full voice on the sunny Saturday afternoon.

We kept up the intensity and in the 14th minute, Welbeck found himself in space. However, the Watford defence quickly crowded him and he ended up scuffing the shot, which bounced out for a corner. Less than a minute later, the striker has another shot, which narrowly went wide.

Watford striker, Troy Deeney, had a soft header saved by Ospina after a rare attack from the Hornets but didn’t get enough on it to truly trouble the Colombian keeper.

Arsenal continued to utilise the wings, something we’ve been neglectful of this season. Playing too narrowly against teams who are trying to defend in numbers has meant our shots have rarely found the net, especially at home. Making sure we played wide allowed us to get in plenty of crosses to the likes of Welbeck waiting in the middle.

A free-kick from Alexis in the 24th minute forced Gomes into another save and the keeper palmed the ball out for a corner.

Iwobi and Welbeck continued to work well together. Both appear to really be on the same wavelength and are always looking for the other when on the attack.

Our first really nervous moment came in the 28th minute when Ospina came sprinting out of goal to clear a ball and caught his shoulder on one of the Watford players. But the ball was offside anyway.

Towards the end of the first half we cooled down the intensity a tad and sat back more than we had previously. However, our quality in front of goal remained and in the 38th minute, Iwobi doubled our lead by slotting in a fantastic cross from Alexis.

The second half started much the same as the first with an early deflected goal from Hector Bellerin. Iwobi then hit the crossbar minutes later.

Arsenal continued to dominate with plenty of slick pass-and-moving. There wasn’t one weak link. As Monreal called for earlier in the week, every single player did their job and more, helping out with the defensive work as well as going forward. It was some of the best football we’ve played this season.

By this point, Watford had all but given up as the Gunners passed the ball around with ease and confidence.

In the 68th minute, Giroud came on for Welbeck and in the 73rd goalscorer Iwobi came off for Walcott, who’s bound to be feeling the pressure after the young forward’s performance. Our final substitution came in the 78th minute as Alexis, appearing injured, came off for Campbell.

Despite a late free-kick thanks to an Elneny trip, Watford failed to threaten throughout the second half and Walcott scored again in the 90th minute to put us four goals ahead.

Arsenal cruised to a comfortable 4-0 win.