Arsenal are said to be one of a number of clubs tracking MIllwall’s 18-year-old Mikael Ndjoli who has an eye for goal and the pace to beat most defenders.

The centre-forward, who used to play as a winger because of his frightening pace, has netted 20 goals in just 24 appearances for Millwall’s u18s and u21s.

Ndjoli was converted to a centre-forward at the Millwall Academy after he signed scholarship terms when as an u16. 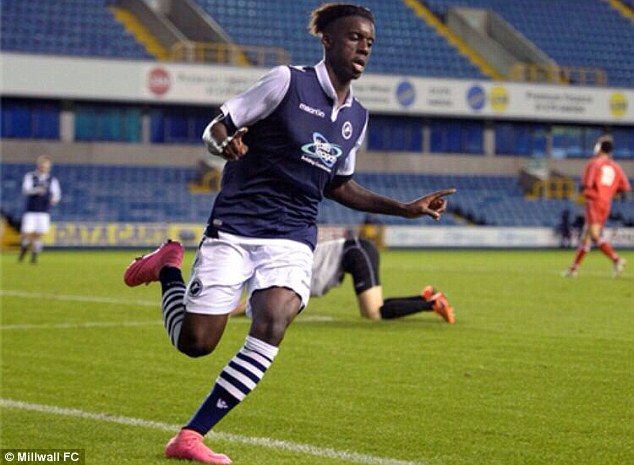 Stories like this, unlike the ones linking Arsenal to a high-profile megabucks signing, tend to have a bit more substance about them but it’s still hard to say if the reported Arsenal interest in real or not.

That being said, it could well be very real but the transfer not happen for a number of reasons.

It’s hard to call at just 18, but Ndjoli seems set for bigger things. Whether or not that will be at Arsenal, remains to be seen.

Check out his cheeky backheel goal that made the Goal of the Month shortlist as well as a beauty from outside the box [1:40]: