Sport in Spain have warned Spanish citizens to stay away from Aaron Ramsey should they spot him in Barcelona because of the stupid ‘death’ curse that people insist on claiming he carries with him.

It has become something of a running joke with people that every time Ramsey finds the back of the net someone famous dies even though that’s not even true (any more).

Ramsey tweeted a picture of himself outside the famous Sagrada Familia Church in the city where he is spending some time as he recovers from his latest thigh injury. 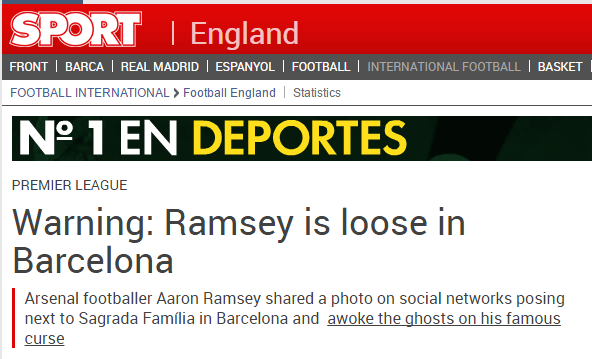 Sport also use the opportunity to remind everyone that the Welshman has previously been linked with a move to the Catalan side.