David Ospina has been speaking to the press in Colombia and has confirmed that his back injury is ‘nothing serious’.

The stand-in shot-stopper was clatter by Everton’s Romelu Lukaku on Saturday and seemed to struggle for quite a while after with the knock.

Speaking after the game Arsene Wenger said that he expected Ospina to be okay in a couple of days and, for once, the boss was right with his injury update.

“I’ve a little sore back, but nothing serious,” Ospina told AS Colombia.

“There was not much time to get a review because I left the party directly for the airport, then today the medical staff of the national team will examine me in the best way.”

Ospina has joined up with his international teammates and taken part in training as normal.

Colombia play Bolivia on Thursday and Ecuador on Tuesday in pointless friendlies.

Here is in training with his national side and holding on to a ball: 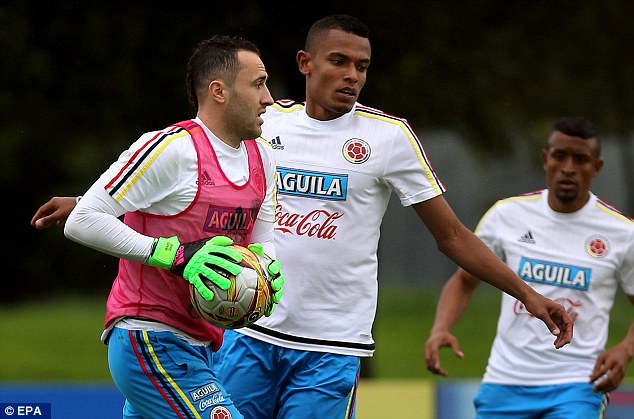 Why didn’t Aubameyang start against Villarreal?