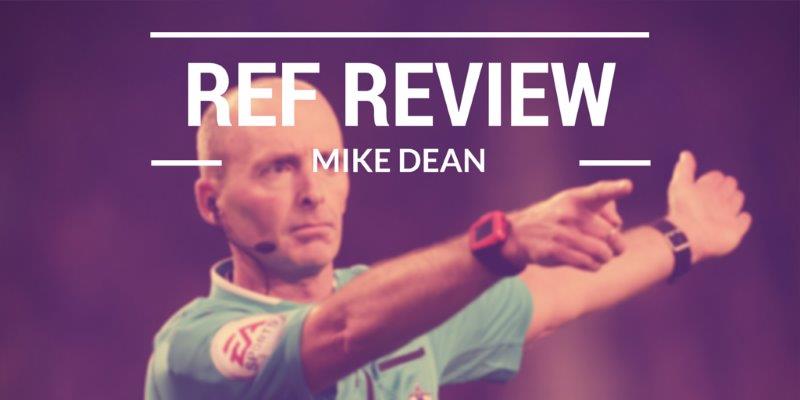 Mike Dean took charge of his first Arsenal game since the Chelsea debacle, and while he wasn’t quite so spectacularly awful, he was bad enough as to have another game-changing performance – something he seems to do every time he is handed charge of a match.

It took just seven minutes for Mike Dean to get a massive call wrong to the detriment of Arsenal.

Alex Bruce clearly handled the ball to stop an Elneny shot, and given the distance the ball travelled, handball could be the only call that could be made. Unless you’re Mike Dean, of course. Even BTSport said it was a penalty, that’s how clear it was.

2nd half underway between Arsenal & Hull, still 0-0. Should this have been a penalty?

As if to compound the handball problems we’ve had recently, Dean then gave a freekick for handball against us when the ball was hit at Flamini from about a yard away.

On the Danny Welbeck penalty shout, Dean actually did quite well.

After looking at the replies I got on Twitter, it was clear that even the Arsenal fanbase were divided between calling it a pen or a dive. I don’t think it was clearly one or the other, but being a Goooner, I’m leaning more towards pen.

Of course, if a ref isn’t sure, he can’t give it and, not being sure, he also can’t book the player for diving – hence the call to ‘play on!’

Walcott also clearly handled the ball as he controlled it before the half hour and got away with it, just while we’re tallying things up.

The other two, big, decisions were evenly split.

Arsenal had another penalty shout when Calum Chambers seemed to be fouled in the box (he clearly was) while Hull will be wondering why Laurent Koscielny wasn’t shown a second yellow after a rash tackle which saw him go to ground and miss the ball.

Replays show there is no debate to be had over Chamber’s penalty shout but the Kos one is not quite as clear cut.

Booked in the first half, replays showed that the Hull player was pulling on his shorts and seemed to pull him to the ground. Given that was the case, his first yellow was very harsh.

That being said, he knew he was on a yellow, was moronic to go in the way he did and probably would have got a yellow if he didn’t already have one which is farcical because a yellow should be a yellow regardless of circumstances.

But by that point, Arsenal could have been two up if Dean had done his job properly. Would a Kos red card have been that detrimental to Arsenal for the remainder of the match?

A Kos sending off would have had more impact on Arsenal for their next match against United which he would have missed through suspension, so on that one Dean has done us a favour, even if it was his poor first decision that got us into that mess in the first place.

Overall, you’d have to say both sides were pretty evenly screwed by Dean on Saturday, but Arsenal might just edge it.