Mesut Ozil and Santi Cazorla are second and third when it comes to creating chances in the Premier League this season.

Ozil, in second place, is just one behind West Ham’s Dimitri Payet who leads the way with 38, with just one more than the German who has 37.

They aren’t doing too badly on other metrics, either: 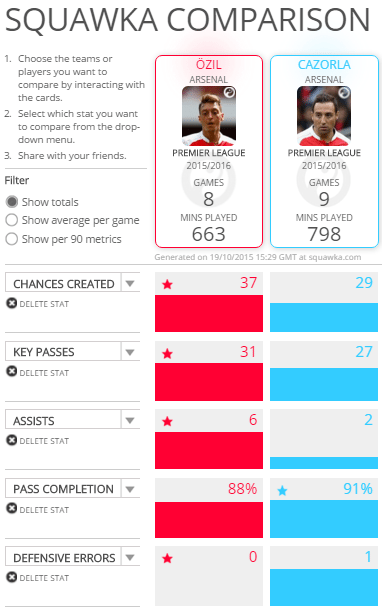