It will take a little bit of getting used to, but seeing Petr Čech on the training pitch in Arsenal colours is nice.

The goalkeeper attended his first Arsenal training session on Friday ahead of the weekend journey to Singapore, where he is expected to make his Arsenal debut.

If he doesn’t play against Singapore XI on Wednesday then he will surely play next Saturday against either Everton or Stoke, before Arsenal return to London for the Emirates Cup the following weekend.

Čech joined Arsenal youngster Ryan Huddart, who is sure to benefit from having such a successful and experienced goalkeeper alongside him in training. 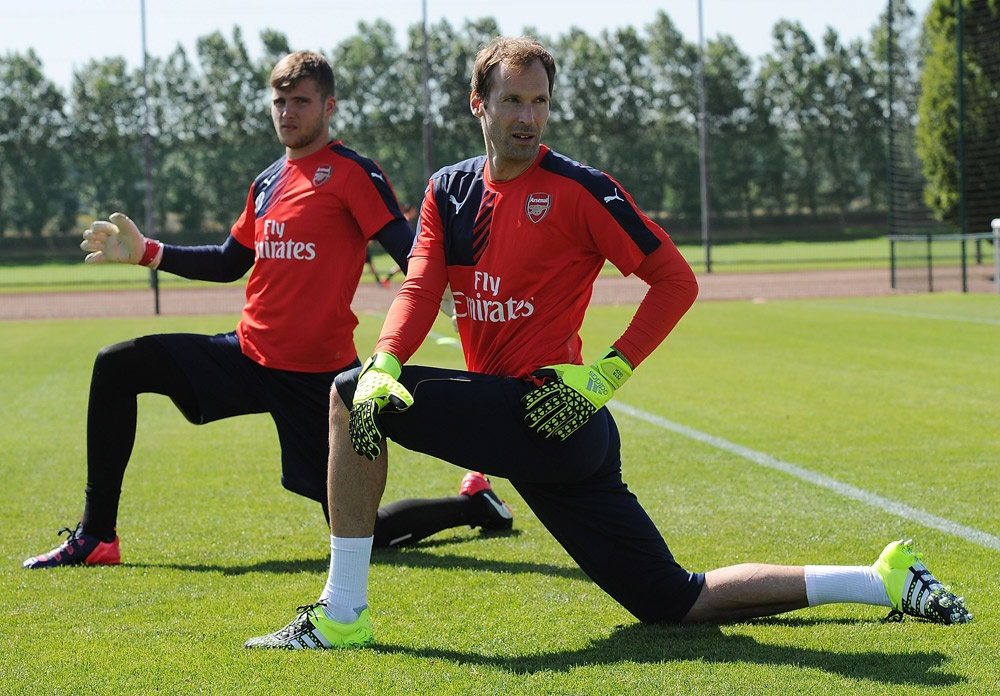 Arsenal’s photographers captured Čech’s first training session for Arsenal.com, and I’m sure we’ll see much more of the goalkeeper – usually with his headgear on – over the course of the season. 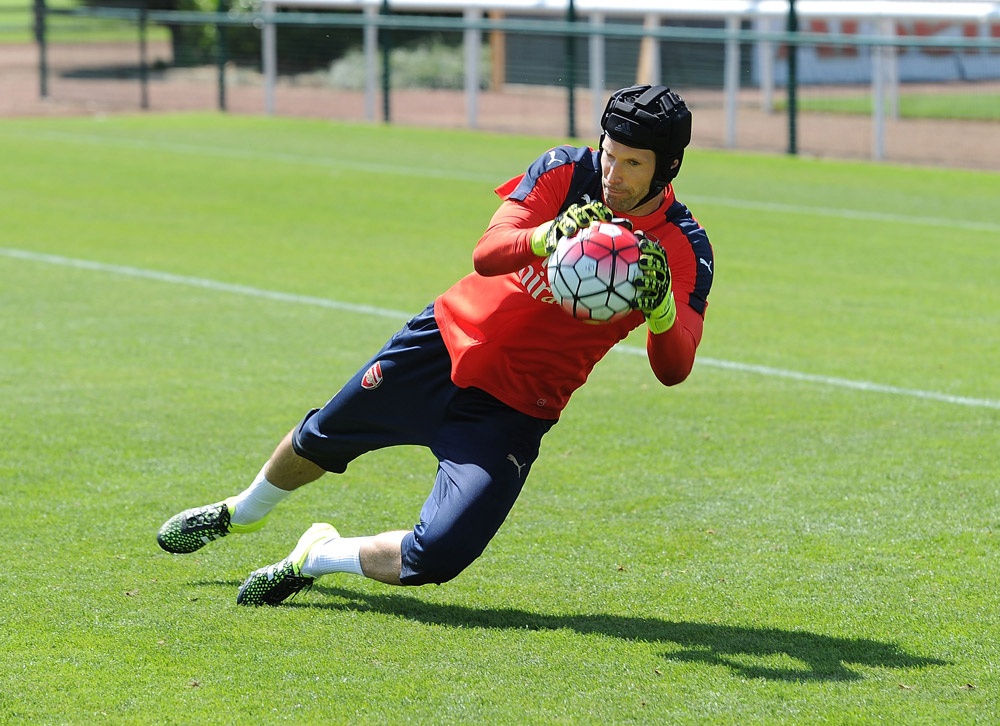 The Czech international is set to make his first Emirates Stadium appearance as an Arsenal player at the Emirates Cup at the end of the month, before facing former club Chelsea at Wembley in the Community Shield on 2nd August.