At the end of June Arsenal completed the signing of teenage Romanian midfielder Vlad Dragomir.

It remains to be seen how long we will have to wait to see the 16 year-old in action – possibly in UEFA Youth League this season – but a photo has been posted of him posing with Arsenal captain Mikel Arteta. 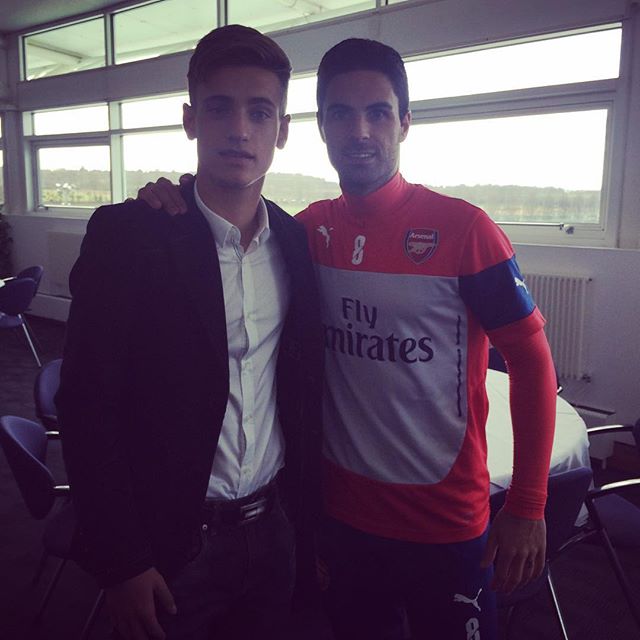 The photo seems to have been taken during last season, with Arteta wearing what is now the old training kit.

Dragomir has already begun training with his new teammates, in preparation for the new season. As you can see the 2015/16 training kit is clearly different to what Arteta is wearing above, so the photo may have been during some negotiations at London Colney when the club were trying to attract the highly-rated teenager.