Thanks to @voetbalshirtjes new pictures of the Arsenal 2015/16 third kit have been put online.

Arsenal and PUMA have already held kit launches for the home and away kit, with a traditional home shirt followed by the release of a gold and navy away kit. Gold also features on the trim of the home kit and is a recurring theme this year, featuring on the this kit too.

Last season the third Arsenal kit was used as an away option for cup competitions, used in the Champions League and FA Cup whenever appropriate. So what will we see in the new campaign? 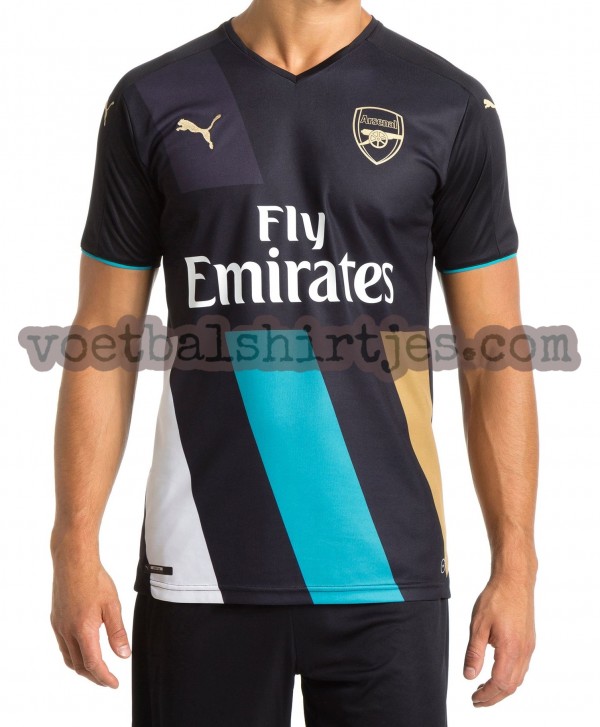 The shirt is a little odd, but it certainly looks better than the originally released image which now appears to be fake. The gold crest looks a nice touch and the twisted lines at the bottom of the shirt are far better than the blocks which were  originally rumoured to feature.

The continuation of the middle stripe over the PUMA logo also looks pretty good to me.

The below image was the original ‘leaked’ third kit but that now appears to have been either a fake or a prototype. 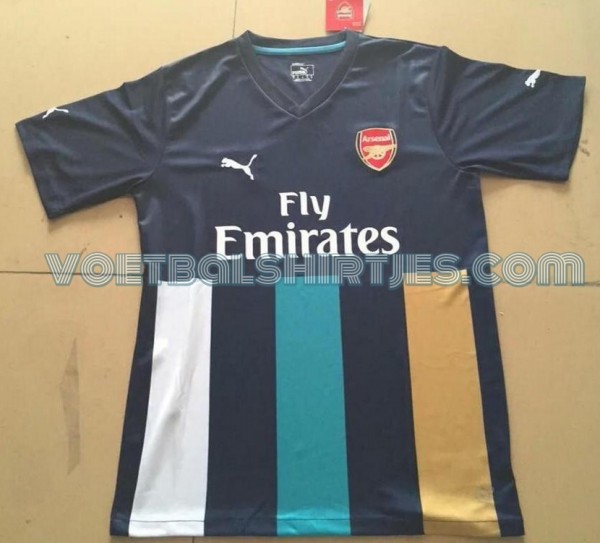 While I’m not a huge fan of the rumoured design it is certainly better than the original rumour.

At the end of the day I guess the kit doesn’t really matter, only what we do in it is important.

Arsenal among 3 clubs to bid for Serie A 24yo