After being awarded a new five year Arsenal deal, the Gunners wasted no time in agreeing a loan deal with West Ham for Carl Jenkinson.

Heading across London to spend a second season with the Hammers, Jenks is under no illusion that things will be different under Slaven Bilic than they were under Big Sam but he knows what he has to do and seems more than a little excited about it all.

Speaking to the official West Ham site, the Corporal said

“I’m really happy to be back after last year. 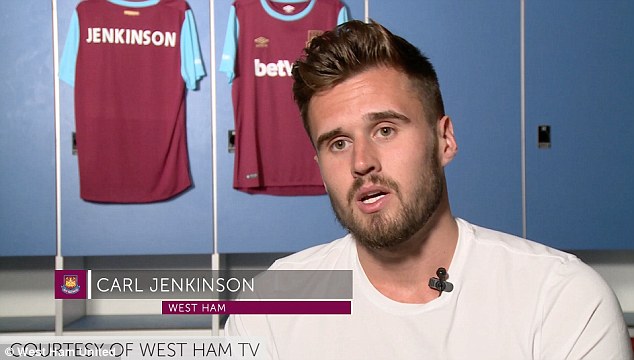 “To be honest I just wanted to come back here and I’m happy everything’s been sorted out. I’ve got another season here and I can’t wait,” he added.

“I’m a young player and I haven’t had too many experiences of different clubs, but I loved every minute of it here.

‘Everything about it is fantastic – it’s a real family club, the lads are great and the fans are great, so it ticks all the boxes you want when you join a football club.

“I’ve got to come in, show what I can do and prove myself to a new manager. That keeps you on your toes and I’ve got to go and do that in pre-season. I’m looking forward to it.”

It really did look as if Jenks’ time at Arsenal had come to an end but it seems now like he has impressed the boss enough that he is very much in his plans for the future when Mathieu Debuchy leaves.

I don’t think there’s an Arsenal fan on the planet that doesn’t want to see him make it at the club, but whether he will be able to do enough to oust Hector Bellerin on a permanent basis when he returns is anyone’s guess.