Arsenal forward Lukas Podolski is on his way to sign for Turkish club Galatsaray, with his picture being shown on an official Galatasaray TV station.

The German international has been heavily linked with a move to the Turkish champions, and on Tuesday morning we covered the story that he was already in Turkey.

It seems that a deal is now incredibly close, with a picture of him appearing on an official Galatasaray TV channel on Tuesday afternoon. 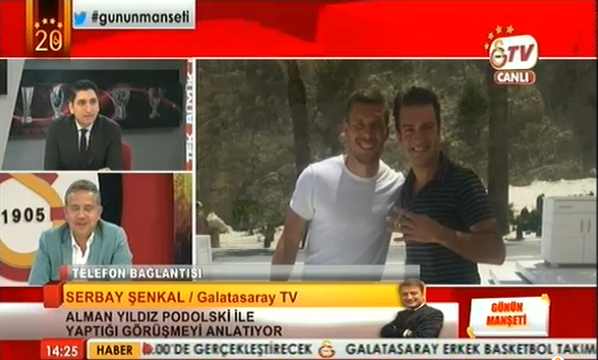 It has been confirmed that the television channel is genuine, and everything seems to suggest the completion of the deal is more or less imminent.