Charlie Patino’s dad has claimed that Arsenal are closing in on a move for his son.

Before you go getting yourselves excited and hitting up Youtube in a bid to find footage of this unknown player, don’t bother – he’s only 11.

Currently playing with Luton, he is also being targeted by Tottenham and Chelsea but his family have already been to see the training facilities at Arsenal ahead of a move that would cost the Gunners £10,000. 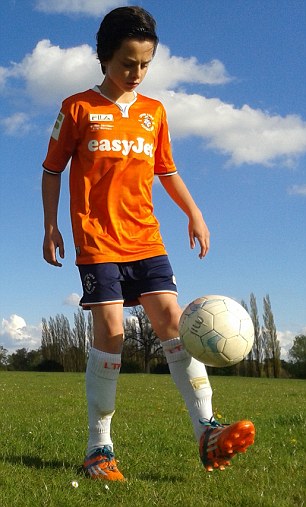 Dad, Julio, told the Daily Mail “Charlie is only 11 but he gets it and he knows what is happening to him.

“He knows that this is a big opportunity to train with a top club, even though there are no guarantees at the end of it.”

It’s hard not to feel slightly uncomfortable about all this, he is, after all, very much a child.

But as transfer fees at the top end get bigger and bigger that is only going to lead to more clubs shelling out money for children in the hope they can land the next world-class star before anyone even knows he exists.

I get that it’s been done this way for some time, but something about recent stories just makes me feel slightly uneasy and as if it’s starting to get out of hand as agents sense another way to make yet more money.

Emmanuel Adebayor hates Arsenal as he tweaks his own narrative