Borussia Dortmund confirmed via their Twitter account that defensive midfielder, Ilkay Gundogan, would not be signing a new contract with the club. 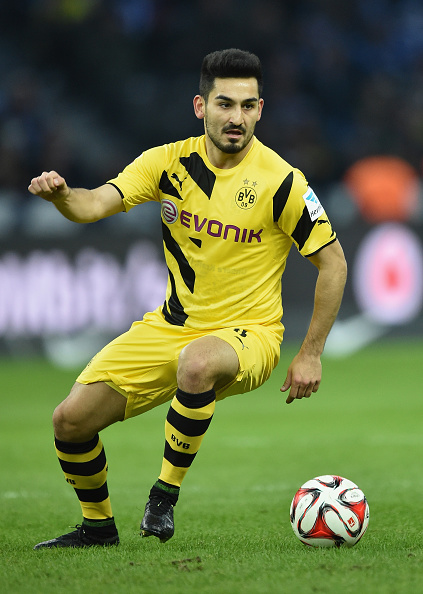 The ever-reliable Daily Mail (ha!) are currently reporting that, despite huge interest from fellow Premier League club, Manchester United, the 24-year-old could be on his way to the Emirates.

Although buying another defensive midfielder in the upcoming transfer window would be helpful, if our interest in genuine, I’m not sure the German would pick us over Man United.

In their team he’s needed desperately and the chances of him getting playing time every match is far more likely than at Arsenal, who currently have Francis Coquelin in the the starting lineup.

I think it’s far more likely that we’ll spend a smaller amount of money on someone like Morgan Schneiderlin, despite him currently being injured, than a huge amount of money on a player who may have to be benched a lot of the time.

That being said, Wenger is a huge admirer of Gundogan…but who isn’t?

Arsenal 27yo closes in on exit