We never thought it would happen.

A full squad, all fit at the same time.

What is this madness?

But that’s the dilemma that Arsene Wenger now faces, even Abou Diaby is fit and available for selection.

It’s a far cry from the days of only one fit defender and having to recall a midfielder, destined for the Emirates door in the summer, from his loan in the Championship just to have enough players to field an 11.

Jack Wilshere is one of the latest to return and, in his absence, Arsenal have gone from strength to strength.

He knows he faces a fight to get back his place in the starting XI, after all, who would you drop?

Wenger is offering him no guarantees as he prepares to be included in the matchday squad against Burnley. 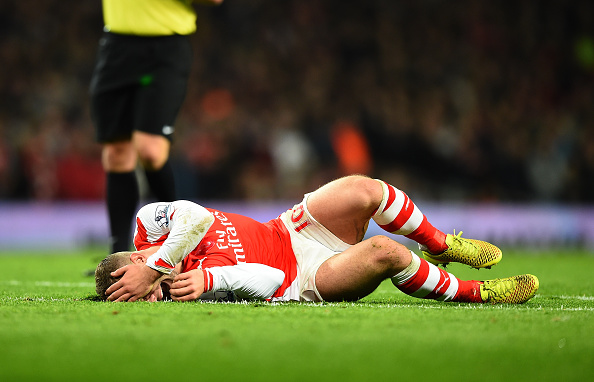 “Everybody can have a big impact, Jack included,” Wenger said at his press conference.

“Everybody is exactly rated the same and you respect everybody. You want everybody to just contribute to the team.

“I do not want to speak about individual selection.

“There are 25 individual cases that all deserve to play.

“Every player who doesn’t play is very frustrated when he cannot perform.

“Wilshere has played many games this year. He has been out but not as long as Walcott or Diaby.”

There’s no way he will start on Saturday having only played one competitive game (for the u21’s) since he was McNair’d, but quite when he gets the chance to start given that Arsenal only have one game a week until the penultimate week of the season, is anyone’s guess.