Wellington Silva has finally got his hands on a Spanish passport, negating the need for a work permit.

None of that really matters anyway as he was eligible for one already, but this will make things a lot more straight forward and with the player targeting playing for Arsenal next season, we could have yet another player that we have to try and squeeze into the squad. 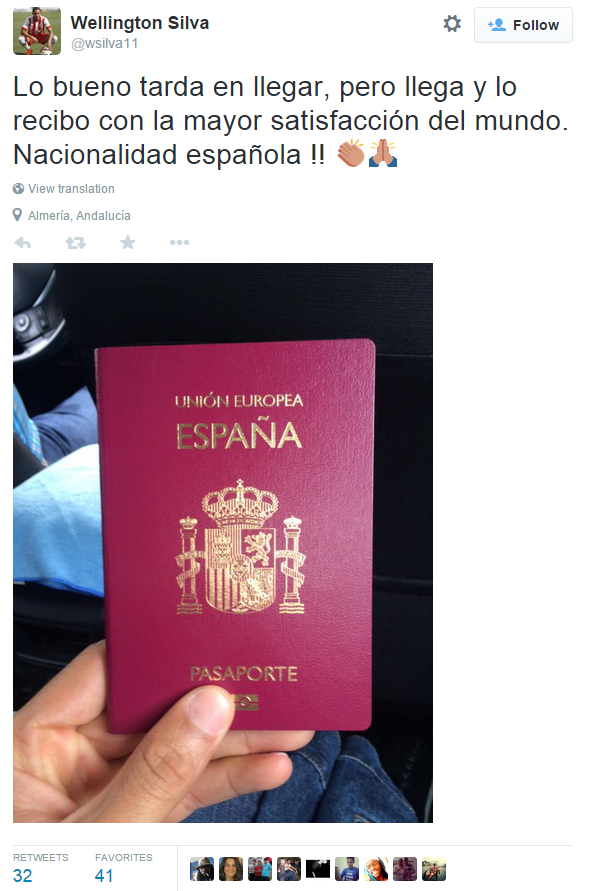 Roughly translated, it says ‘Good things are slow in coming, but it has arrived and I’m in receipt, with the greatest satisfaction in the world. Spanish nationality!’