Danny Welbeck may not be finding the back of the net recently but he has found his way in to the hearts of Arsenal fans everywhere.

After what has been an encouraging first season for the forward, Welbeck believes that he has learned a lot since he decided to join the Gunners when it was made clear that he was no longer in the plans of the United management.

“It’s been transitional for me, moving down to London, playing in a new system for a new manager and a new team, getting used to new things around the club,” Welbeck told Arsenal Player.

“I’m happy about the move to Arsenal and I think things will go well for me in the future. It’s a good group of lads and everyone’s been class with me since the day I arrived.

“It’s not just my team-mates, it’s the staff around the training ground, at the stadium – everyone’s made me feel welcome. The fans have been brilliant as well so they’ve made it very easy for me.

“It’s not just one thing [that has improved]. My all-round game, getting used to the different systems and different players means you learn a lot more, gather more experience and you just develop naturally.

“There have been a few highlights really,” he added. “Performance-wise, I’ve had a few good ones and it’s difficult to pick one.

“Scoring my first professional hat-trick was a special moment for me. I want to improve, to keep getting better as a person and a player down here.” 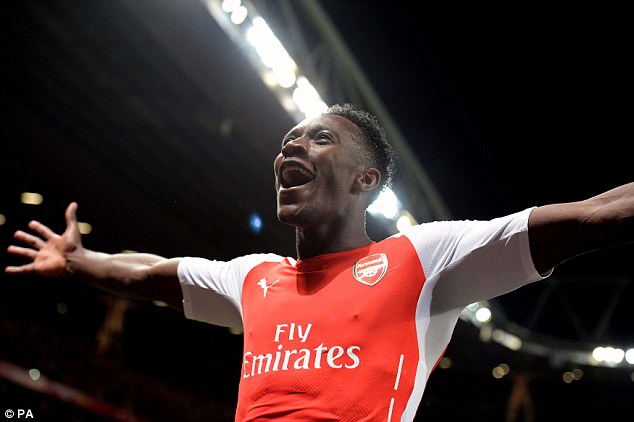 Still only 23, Welbeck is some way off reaching the peak of his powers, but no matter how few goals he scores, if he keeps putting in the shifts that we’ve seen from him this season, he will remain a favourite with the fans.

If he can manage to score another winner against United at Old Trafford next season, he could quite feasibly get away with never scoring another goal again.