After putting Chelsea to the sword, it only felt fair to do an equivalent version of the cast from Snow White and the Seven Dwarfs for the Arsenal squad.

Identifying the theoretical first XI was a challenge enough in itself, but see if you can work out who’s who. Answers can be found at the bottom.

Happy – this one was the easiest of the lot! This player can never be found without a smile on his face, whether he’s scoring goals or being squirted in the face with vanishing spray. He’s also quite dwarfish in stature.

Perky – this player never stops running and has enough stamina to get him from Penzance to Lands End*. He has a habit of popping up in the right place at the right time.

*May need to catch a train en route.

Deadly – this player has such intensity in every part of his game that he would only have to look at a football for it to cower in front of him. As it is, he’s also quite good at burying the same football in the net. Another who is also quite dwarfish in stature.

Manly – this player has the physique of Adonis and the strength of Hercules, but he is not in fact a demi-god. With strength and charisma to burn, the team looks like a different animal when he is on the pitch.

Godly – this player is (in contrast to Manly) pretty much a demi-god, with his ability to effortlessly pick out a pass others wouldn’t even see and run inhuman distances in a single game. We worship at his feet.

Zippy – this player has bags of pace and looks as if he could run for almost as long as Perky. As well as zipping about the pitch he has also shown an unlikely ability for zipping the ball into the opposition net on his weaker foot.

Lofty – this player stands head and shoulders above his teammates and barks orders from his birds eye view. Can also be found using his towering height for important goals.

Bossy – this player isn’t that loud, but his bossiness shines through more in the way he marshals opposition players. He is known for his extra large pockets and the forwards who are stored within.

Beasty – this player has a reputation for bullying the opposition into submission with a mixture of crunching tackles, spritely interceptions and fearless blocks. Sometimes wears a mask to ratchet up the fear.

Wary – this player likes to play it safe, taking zero risks and doing the basics well. He’s always on the lookout for danger, despite the fact that he could in fact probably spend 90% of a game asleep and no-one would know.

Cheesy – this player has a golden coloured top, has matured a lot this season and has melted the hearts of a previously frosty fanbase. He has developed into an unbrielievably good player. (If you’re confused, try Googling “what do you call cheese which isn’t yours?”)

What do you think? Have you got any dwarfish nicknames for the Arsenal players? Let us know via twitter and we’ll retweet the best.

Jose Mourinho and the seven bores: 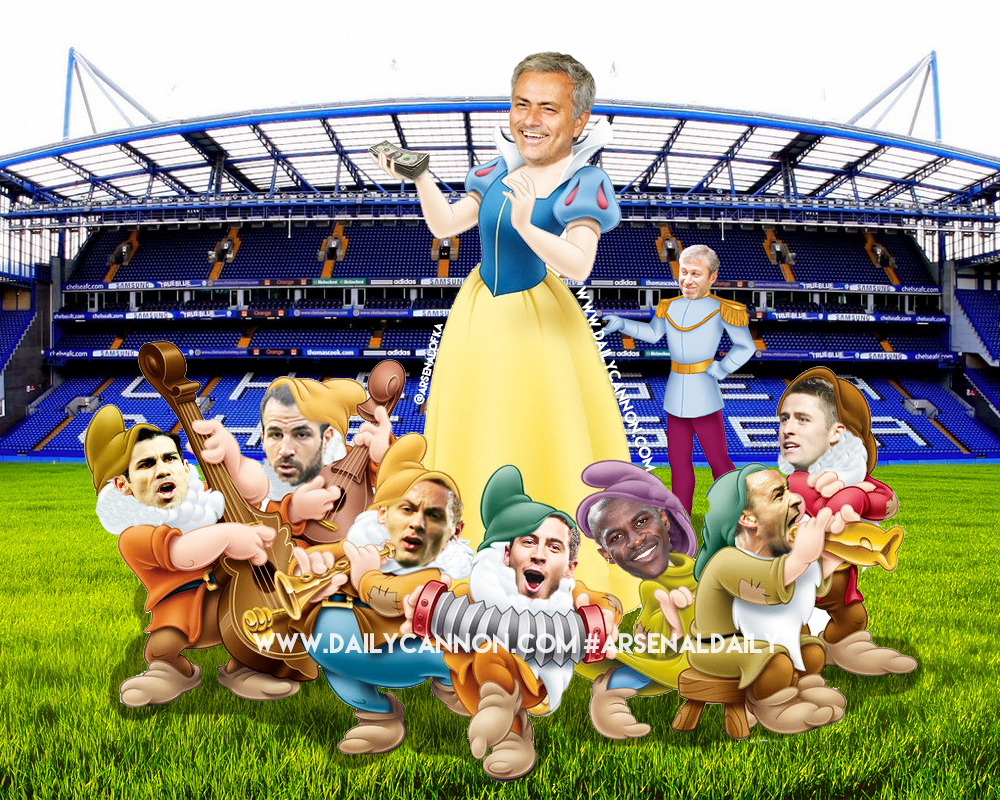