Arsenal have been in exceptional form throughout the second half of the Premier League campaign, and stand a great chance of finishing second at the end of the season.

Meanwhile, they are 90 minutes away from the FA Cup final and face Reading in the semi-finals at Wembley.

Arsene Wenger’s side have performed admirably since the turn of the year, mainly thanks to their vastly improved defensive displays and the goals of France international Olivier Giroud who remains an outside chance for the Golden Boot.

We take a look at Arsenal’s attacking options, and discuss whether or not the Gunners should invest heavily in a striker during the upcoming summer transfer window.

Olivier Giroud – is he good enough to lead a title charge? 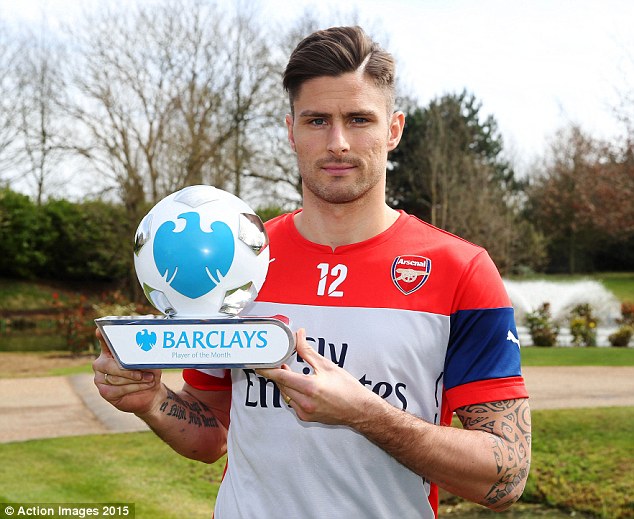 The Frenchman has been in red hot form throughout the second part of the year, and has been Arsenal’s main focal point of attack in recent months. He has been scoring on a regular basis since Christmas, and is beginning to convince supporters that he is the right man to lead the line for the Gunners. Although they could still do with another classy striker, the 28-year-old is more than worthy of his place as Arsenal’s main forward on current form.

The two summer acquisitions – from Manchester United and Barcelona respectively – have settled in well at the Emirates Stadium and are both essential parts of the Arsenal attack. They are capable of running the channels and offering width, but can also cut inside and test the goalkeeper. The two have combined for a hatful of goals this year, and the Chilean remains Arsenal’s top scorer. With this energy on either side of the central striker, the Gunners will continue to create plenty of chances during matches.

Does Chuba Akpom deserve a chance?

Akpom has sparkled during his time in the Arsenal u21’s and on international duty for the England national youth team, but is he quite ready to lead the line for the Gunners? The answer is no. However, Arsene Wenger and the club scouts should keep a close eye on the youngster, who has the potential to be extremely good in the future. The 19-year-old has featured for the u16’s, 17’s, 19’s and 20’s in the past, scoring 15 goals in 36 appearances for the England sides. Akpom could do with another couple of years on loan before he will be ready to feature on a regular basis for the Arsenal first team.

Yaya Sanogo – is his time up?

Unfortunately for Sanogo, his time at Arsenal appears to be coming to an end. Although there is no doubt that the 22-year-old possesses talent, he just has not performed when he has been presented with the opportunity. With the likes of Sanchez, Giroud and Welbeck in good form, Sanogo stands very little chance of breaking back into the first team when he returns from his loan at Crystal Palace, and Wenger may choose to cash in on the Frenchman while he still holds value. It would not be a huge surprise to see Sanogo attempt to force through a permanent deal, or for him to start afresh in another country.

If they were to invest, who should they go for?

This is a tricky one. Wenger could choose to take a risk on somebody like Alexandre Lacazette – who has been lighting up Ligue 1 this season – but may target a proven Premier League finisher. Edin Dzeko’s tenure at Manchester City may be coming to a close, and the Gunners could do much worse than pick up the 29-year-old, who would flourish in Arsenal’s set-up. Finally, some have suggested that Gonzalo Higuain may be available and he has proven his ability at some of Europe’s top clubs, including Real Madrid.