In the run up to Sunday’s fixture against league leaders Chelsea, we look at whether recent victories over Man City, Man United and Liverpool really have signalled a change in the tide.

That’s the accusation that has been bandied about in relation to Arsenal’s form in recent years.

There is a media-wide acceptance that while Arsenal’s brand of pretty football and lightweight technicians can be very effective against the lower sides in the Premier League, it doesn’t lend itself to winning the games that matter.

Certainly there are a number of games which stick in the memory – the 8-2 against United, the 6-3 against City, the 5-1 against Liverpool, and of course, the worst of the lot – the 6-0 against Chelsea in Arsene Wenger’s 1,000th game in charge.

While all those games were away from home, the regular losses when visiting our top six rivals have seen us a regular fixture near the bottom end of those infamous top of the table mini-leagues.

It leaves little doubt about where our weaknesses lie.

So how bad is the problem?

Last season, we finished with 13 points from a possible 36 against the top seven sides, with just a solitary win to show for our travels (at Spurs). The season before we had 11 points in the same scenario, again with just one result (a win against Liverpool) eliciting points on the road.

In that period, we lost just two games at home – one each to City and Chelsea – but too many draws and the abysmal away form has been punishing. Each season the champions have secured at least 20 points from games against the top six or seven, with City winning 11 of their 12 games at home across their two title seasons.

At the half way mark of this season, Arsenal were again languishing near the bottom, with just six points from a possible 18. Four of those games had been at home, and we had just one win – against Southampton – and three uninspiring draws. Same old, same old.

Since the turn of the year, Arsenal have improved that record to read 12 points from a possible 30, with two games still to play. More poignantly though, the two wins have come against two of the stronger sides – City and Liverpool – while the two losses have comes away to Spurs and Southampton. The latter in particular was a catalogue of errors, and something of an outlier.

Most importantly, there have been no draws. It goes without saying that a win and a loss secures you more points than two draws, and as long as the wins come against your closest rivals then to a certain extent losses to smaller sides (like Spurs, guffaw!) matter that bit less.

So then, there seem to be some early signs of improvement, but only on a relatively small sample.

Have Arsenal actually changed approach or are the recent results more of a coincidence?

Ahead of the recent FA Cup semi-final, Arsenal players gave a number of interviews where they talked about fighting first to build a platform on which to play their football. Although we seemed not to heed our own advice on that particular stage, there has been evidence of the team adopting the “first do not lose” approach so beloved by Mourinho.

I saw a brilliant stat over on the Guardian site this week; that Arsenal have won 22 out of the 24 points available in games away from home since 2003 where we have had 43% possession or less.

Intuitively it makes sense – we’ve all experienced the gung-ho Arsenal sides who camp outside the opposition box, dominate the game and having many ‘nearly‘ moments, only to push one more defender forward and then get taken apart by a hoofed ball over the top.

43% is also pretty low – even in the 2-1 defeat to Spurs this year where it felt like we were unable to get a foot on the ball at any stage we still managed more than that.

In all three of our victorious games against top seven sides in 2015, we had less possession than our opponents, with the games against City and United both falling into the “less than 43%” category. The Liverpool game was a much more even affair, primarily because Arsenal earned the right to play by their pressing and the form of the players on the day.

That is the key – when the players are playing well, this Arsenal side can beat anyone, by some margin. But in recent history our sides have turned up expecting to play well from the off and with tactics to match. In the last few months, the approach has changed to reflect the need to keep it tight first and foremost and ease into the game.

If the form is there, of course they go on to exploit it as against Liverpool, but now the players seem to be starting with the assumption that all the stars might not quite align and therefore they must play sensibly from the off. That way, anything else is a bonus.

Bearing in mind that we all fully expect Mourinho to park the bus against us on Sunday, safety first has to be the right approach this weekend.

A statement to target success

Ultimately this game against Chelsea is our biggest test. While we have shown some improvement in big games this year, it’s yet to be proven whether that is sustainable or more like a coincidence.

This is a game where we have the chance to prove it is a long term change, bake that belief into our players, and lay out a marker for next year. I wrote last week about how the title, however unlikely was still on, but Chelsea’s victory over United has firmly buried that little flight of fancy.

There’s a more important reason for winning on Sunday though, and that is to rain on Mourinho’s parade the same way he rained on Arsene’s last year. Despite all the talk of Arsenal’s fragile approach to big games, there is another striking record which needs to be corrected sooner rather than later – Arsene’s lack of victories over the Annoying One. 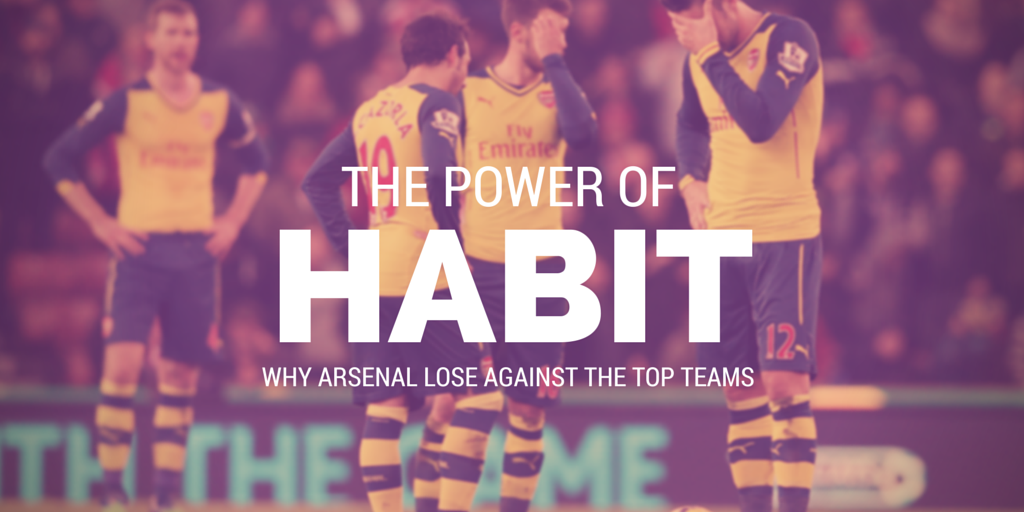