Arsenal strolled to a 3-0 win over West Ham at the Emirates on Saturday to, temporarily at least, close the gap on second place to just one point.

Making five changes to the team that started at Old Trafford on Monday, Arsene Wenger brought David Ospina, Calum Chambers, Aaron Ramsey, Theo Walcott and Olivier Giroud back in to the side.

While Arsenal dominated the opening exchanges with over 70% possession, it would be 15 minutes before Adrian was called upon to make save, as he dived low to deny Sanchez’s mid-range header.

Before that, however, in the fourth minute, Arsenal should have had a penalty as Theo was fouled just yards from the goalline as he dallied instead of taking a shot with the goal at his mercy. Chris Foy gave nothing.

West Ham offered little, but they did force a great save from Ospina after Matt Jarvis, who gave Chambers a tough afternoon, got behind the right-back and crossed to Kevin Nolan who hit it on the volley.

The story of the half, however, was to be Theo’s poor finishing in front of goal and as the halftime break approached Arsenal were still looking for the breakthrough although they could have easily (and perhaps should have) been three goals up.

It eventually came in injury time when Ozil and Ramsey, both on fine form and dominating the West Ham midfield, combined to tear the Hammers defence apart. When the ball arrived at the feet of Giroud, he made no mistake with a sweet effort into the far top corner that gave Adrian no chance. 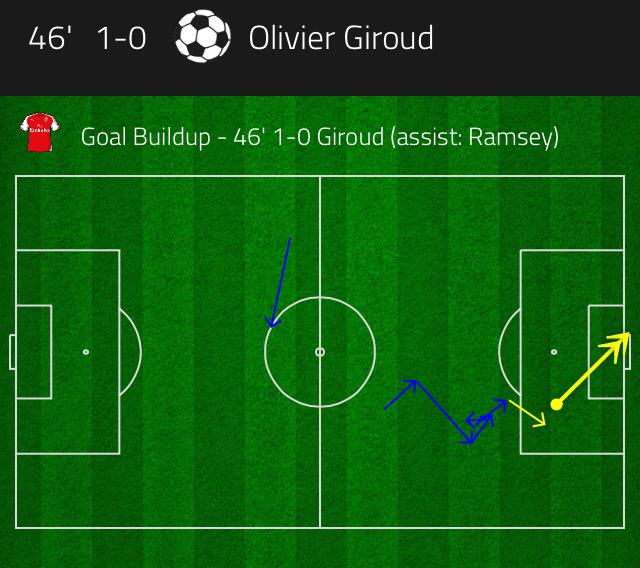 It was his fifth in five Premier League games against West Ham and his ninth goal in his last 11 league starts.

The second half started quietly enough until the 49th minute when Ospina spilled the ball about a yard from his line as he took a knee in the face from Sakho. The referee, again, gave nothing.

In contrast to the first half, Arsenal struggled to find their rhythm and West Ham grew into the game but couldn’t really offer much of a threat despite Arsenal looking a little wobbly at the back.

In the 59th minute, Chris Foy pulled up injured and, to the horror of Gooners everywhere, was replaced by Anthony Taylor whose introduction was booed by the Emirates crowd.

We all steeled ourself for a mammoth feck-up to allow West Ham back into the game with Arsenal still not able to build on their single goal lead, or really look like they were going to any time soon.

It was time for Wenger to make a change.

Bringing on Danny Welbeck for Alexis Sanchez, the side almost reaped the rewards immediately as Ozil sprung the Englishman behind the Hammers defence. Welbeck then picked Ozil out again but, with the goal at his mercy, he opted to chip a high ball to Walcott on the other side of the box.

It was beyond frustrating from the German and would be Walcott’s last involvement as he was replaced by Santi Cazorla who changed the tempo of the game entirely.

Arsenal’s second in the 81st minute was a thing straight out of the Arsene Wenger playbook.

A throw-in found Ramsey , who laid it off to Giroud, who gave it to him back and then BOOM! Ramsey fired past Adrian from inside the box. 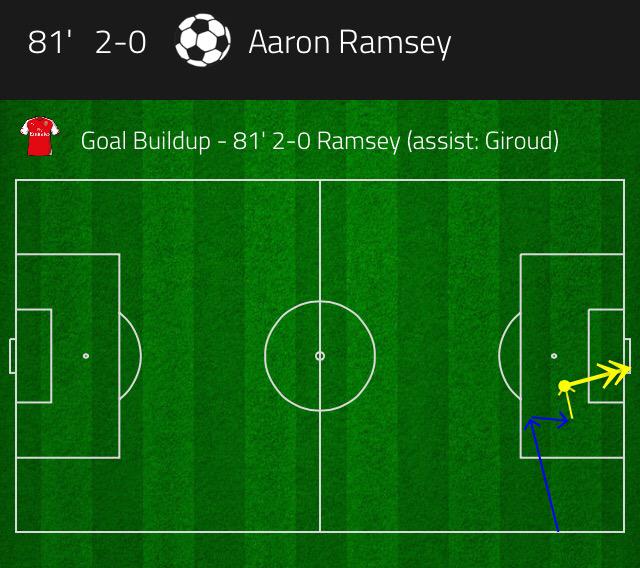 Mathieu Flamini came on for Mesut Ozil, Giroud flicked the ball to Cazorla who picked out the French midfielder unmarked at the back post to slot home with his first touch of the game. 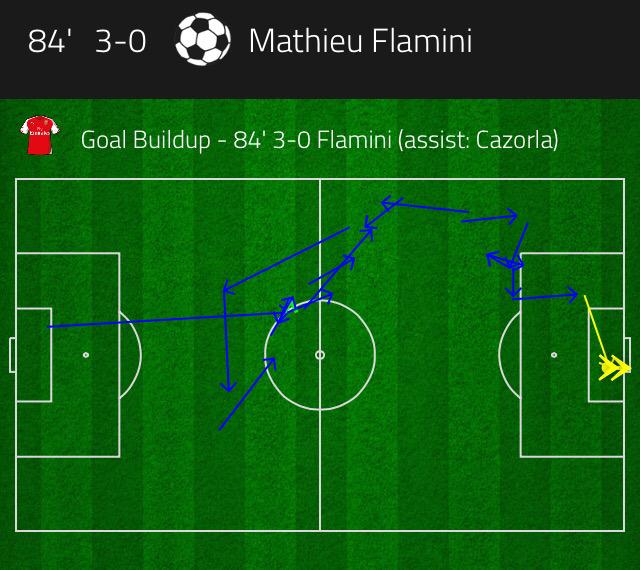 Now it was over.

There was still time for one more effort, Ozil picking out Welbeck again whose header was palmed away for a corner but there was no time to take it before Taylor blew his whistle.

In the end, the points were never really in danger even though it took until West Ham tired and Santi Cazorla was introduced in the second half to really secure the result.

That being said, had Theo brought his shooting boots, Arsenal would have scored double what they finished with, all without getting out second gear.

Now. Can we score this many against Monaco?