Arsene Wenger confirmed that Gabriel will miss up to three weeks with the hamstring injury he picked up against QPR on Wednesday night.

We aren’t clear if those weeks are real people weeks or Arsenal weeks.

Arsenal have suffered a number of hamstring problems this season, 11 different instances to be precise: 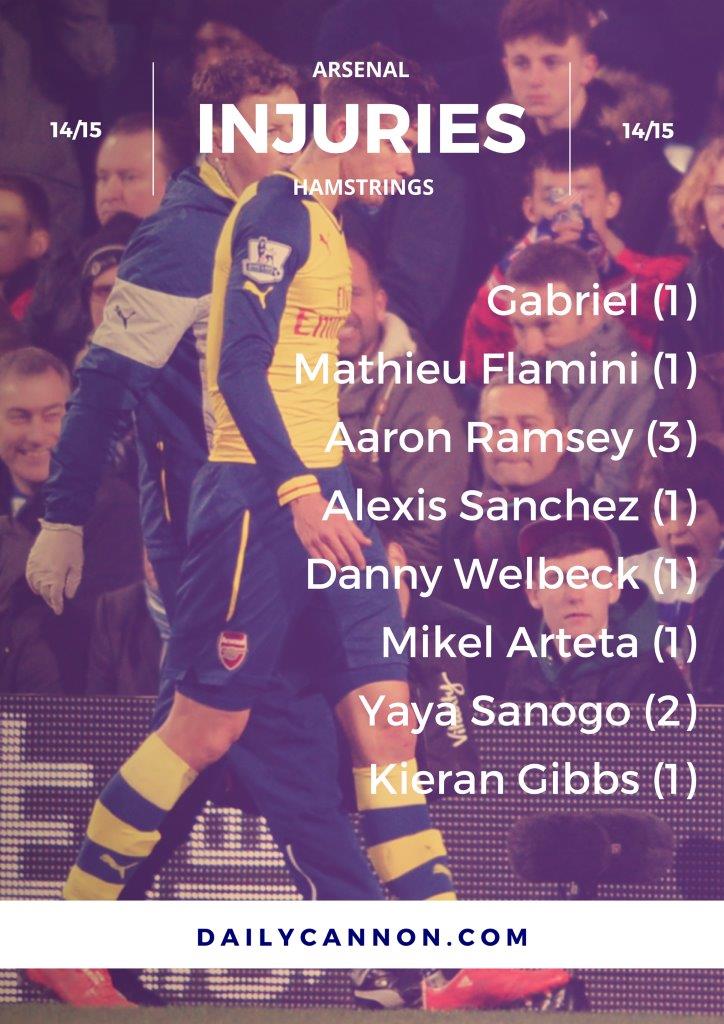 To put that number in context, Chelsea have suffered seven hamstring injuries, five of which were Diego Costa and the other two belong to Cesc Fabregas. Liverpool have had four (three of which were Steven Gerrard), United nine (Luke Shaw with three of those) and City five (Jovetic two).